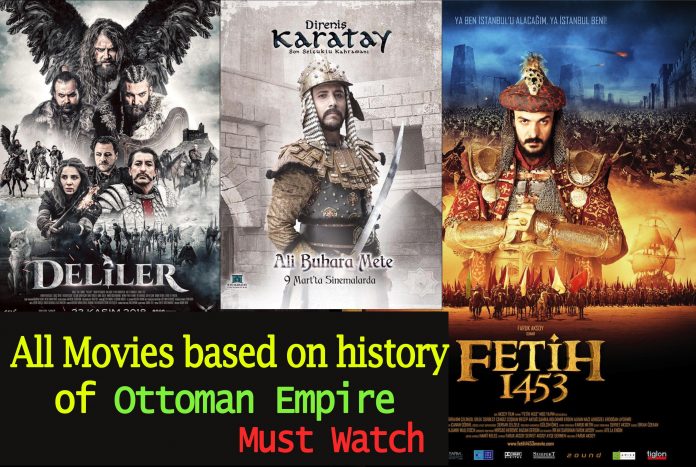 The story of this film based on the Aladdin Keykubatd and Guyaseddin Keyhusrev was the name of Anatolian Seljuk Sultans. The throne passed on to Guyaseddin when his father was killed, but he was not a great statesman like his father. This thing leads to an increase in the Mongol repression of the people. Great story about the struggling of the Turkish people. Selahattin Sancakli directed this film. Selman Kayabasi and Uzunok wrote the story. Star cast are Mehmet Aslantug, Fikret Kuskan, Alperen Duymaz, and Yurdaer Okur. Music of this film composed by the Yildiary Gurgen.

Worldwide grossing of this movie is about $349,208. The initial date of release was March 9th, 2018. The original language is Turkish and also contain different subtitles. The running time of this movie is about 1 hour and 58 minutes. It is directed at the locations of Konya and Turkey. This movie contains genres of action, history and thriller war — most comprehensive release on 326 theatres.

Great historical movie for a long time which contains both things action and drama. Ottoman army conducted the Ottoman cavalry unit “Deli” to fight with enemies and established in the 15th century and stay alive until 1829. Based on the great story of seven oddly dressed fearless army men of Ottoman fight against brutal Vlad.

This movie directed by Osman Kaya. Content of this movie written by Ibrahim Ethem Arslan, Mustafa Burak Dogu and amazingly produced by the Cem Ucan and Tensile Rustemhanli.  Produced over the period three years and cost around about $17 million. Historic and action type of movie released on the date of November 23rd, 2018. Language is Turkish.  Directed on various locations of Aksaray and Turkey. Rising worldwide gross is about $1,365,229. The running time is 121 minutes.

During the 13th century, the great Turkish poet Yunus Emre felt love and experience love and adventure. The storyline based on an Anatolian scholar who has been blessed with fantastic art of being able to transfer that love to a broader audience through the poetic form. During the 13th century, he begins a solo religious journey to find God in a symbol of the long lost love.

Yunus Emre movie directed by the Kursat Kizbaz and story also written by him. Stars who performed in this film are Sinan Albayrak, Nilay Cafer, Ahmet Mekin, Devrim Evin and Atlan Erkekli. Contain the genres of drama and history. Language is Turkish and released on January 10th, 2014. But in Denmark, it released on January 16th, 2014. The estimated budget is TRL3,000,000, and cumulative worldwide gross is around about $384,789.

Ottoman Army defeated the Constantinople the capital of the Eastern Roman Empire, under the gaudiness of Ottoman Sultan Mehmed on May 29th, 1453.

The Conquest released in 2012 is a Turkish epic action film, which was directed by Faruk Aksoy and produced by Faruk Aksov, Ayse German and Servet Aksoy. Cast stars of this epic film are Devrim Evin, Dilek Serbest and Ibrahim Celikkol. This movie based on fabulous events like the Fall of Constantinople to the Ottoman Turks during the reign of Sultan Mehmed 2. After the death of Mehmet’s father, Sultan Mehmet 2 takes the Ottoman thrones and gather his force to lay siege to Constantinople.

The screenplay of this film written by the great writers Melih Esat Acil, Atilla Engin. This film is amazingly designed and is sympathetic to all sides. Anyone who interested in European and Turkish history must watch this action film. This movie takes over three years to produce and cost almost $17 million. And many other sources said that movie cost only $8 million. On February 16th, 2012, Conquest released in various countries, including the United States, United Kingdom, Egypt, France, Japan, United Korea, and many more countries. The running time of this movie is 162 minutes. The secure business of USD 61.2 million (183.241.062).  This movie contains subtitles of English, German and French. The movie contains the genres of action, drama, history, and war.

The Rise of Genghis Khan is a semi-historic epic film, released on the 20th of September 2007 and directed by Sergei Bodrov. Produced by Sergei, Selyanov, Bodrov, and Anton Melnik and main roles are given to stars Tadanobu Asano, Sun Honglei, Chuluuny Khulan, and Ba Sen.

This movie based on the early life of Temujin who later known as Genghis Khan. The movie co-production between Russia, Germany, and Kazakhstan companies. Bodrov and Arif Aliev wrote the script. Movie directed in different places chiefly in the People’s Republic of China, Inner Mongolia, and Kazakhstan. The film shooting started in September 2005 and finished its shot in November 2006. From April to December 2008, this movie released in different countries throughout Middle East Africa and Europe. On June 6th, 2008, this movie released in the United States and the United Kingdom.

During the 1st week of the movie released it grossed $135,326 in business showing at five locations. The film total grossed $20,821,749 in a non-US box office for a combined worldwide total of $26,527,510. The Rise of Genghis Khan nominated for various awards such as Best Foreign Language Film, Best Achievement in Cinematography, Best European Film and many more. I also won multiple awards including Best Supporting actor which was given to Sun Honglei, Best Sound Design, Nika awards 2008 for Best Film and many more. The running time of the movie is 125 minutes. The total cost for making this movie is $18 million. Tuomas Kantelinen and Atlan Urag give music.

If you want to watch this movie free of cost then Click Here, or the button down!