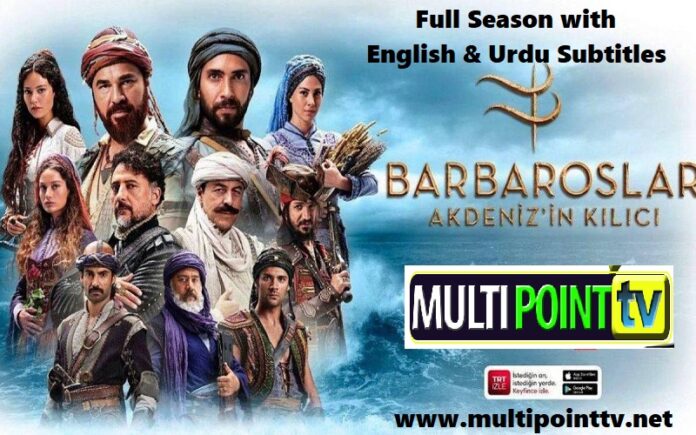 In Barbaroslar Episode 32, Khizir catches Don Diego and says he will kill him. Rosa confesses to killing women and asks Khizir to kill her. While Don Diego asks Khizir to release Rosa, some thugs arrive. As Khizir defends himself against the bandits, Don Diego begins to flee. Khizir realizes that these men are working for Selim. Oruj says that by capturing Jijel, he will help the Turks to spread to the western Mediterranean. Don Diego goes to Selim’s house to save his life and tells him that he lost Jijel. Khizir shows Oruj the bandits he caught and says that Selim is protecting Don Diego. Don Diego says that a big help will come to Algeria and asks Selim to calm down. Selim believes what Don Diego said and goes to talk to Murat.

Murat asks Selim to hand over Don Diego. Selim does not accept the terms of the agreement and asks for his assistant to be delivered. Murat goes to the forest and kills Selim’s assistant. Huma starts to worry about Khizir and asks him to eat. Dervish sees Piri while planting a sapling with Esma and goes to talk to him. Piri says he is worried about the future of the Ottoman Empire, but Dervish calms him down. Dervish says that Selim will be a successful Sultan. Oruj learns what Selim has done and thinks that Don Diego supports him. Khizir sends his spies to find out what Don Diego will do. Don Diego goes to a Rhodes admiral’s ship and asks him for help in fighting Oruj. The Admiral thinks he will make money in Algeria and accepts Don Diego’s offer.

Khizir learns that Don Diego has requested support from the Rhodes knights. Meanwhile, a message comes to Piri. Piri learns that Kemal’s ship was caught in a storm and that he lost his life. Piri remembers the last things he talked to his uncle and prays for him. Selim learns that the Knights of Rhodes are coming to Algeria and prepares to welcome them. Oruj learns that the knights are approaching and asks Khizir to stop their ships. Oruj says he will attack Algeria as soon as possible and asks Ilyas to protect Jijel. Piri says that the Christian states in the Mediterranean are uniting against the Turks. Don Diego sees the ships approaching Algeria and immediately sets out to attack Jijel by land. Piri sets out to sea to present the world map he has prepared to Sultan Selim. Selim learns that the knights have come to the port and immediately goes to meet them.

While Selim says that the knights are the heroes of Algeria, Murat opens his mask and says that the Turks are coming. Selim realizes that everything is the plan of the Turks and goes to his house to save his life. Selim sees Oruj on his throne and attacks him. Oruj defeats Selim and says he will give him another chance. Selim says he hates Oruj and will try to kill him again. Oruj publicly executes his old friend after what he said. The Algerian people declare Oruj the new Sultan. Don Diego learns that Oruj is the new Sultan of Algeria and gets very angry. Khizir sails to stop the knights and learns that Oruj is the new Sultan. The knights’ ships think that Khizir’s ships are coming for trade and do not see them as dangerous. Murat sees that Oruj gives all the gold in the palace to the people and is very surprised.

Oruj says he will do everything for the Algerian people. Meanwhile, one of the merchants in the market comes and congratulates Oruj. Oruj understands that this man wants a rank and tells him that only those who deserve it will get a rank. Ilyas learns that Don Diego is near Jijel and wants to catch him. Huma asks Ilyas not to go to the forest, but cannot stop him. Khizir starts firing at the knights’ ships. In the face of this sudden attack, the Admiral begins to flee to save his life. While Ilyas and Esma search for a trail in the woods, Don Diego attacks. Don Diego asks Ilyas to be brave and challenges him to a duel. After Rosa kills Esma, Don Diego severely injures Ilyas. Oruj learns that Don Diego attacked Jijel and goes to help Ilyas.

Oruj finds Ilyas seriously injured and wants to help him. Ilyas asks Oruj to take his revenge and loses his life. Khizir returns to Algeria and sees his friends crying. While Khizir tries to understand what happened, he sees the lifeless body of Ilyas. Don Diego gets mad at the admiral because he couldn’t stop Khizir and then goes to a pirate island with him. Khizir then goes to Ilyas’ tomb and says he will avenge him no matter what. Don Diego talks to the pirates on the island and hatches a treacherous plan to kill Oruj. Oruj asks his spies to find out where Don Diego is. The next morning, Khizir finds the island where Don Diego is hiding and immediately takes action to kill him. Oruj learns that Khizir is on his way and asks his soldiers to prepare.

Khizir sees the knights on the island and goes to their inn. Khizir catches the admiral and asks him where Don Diego is. While Oruj is going to the port, one of the merchants says that Spanish bandits attack and asks the Sultan for help. Oruj takes some soldiers with him and goes to stop the bandits. Admiral says that Don Diego went to Algeria to kill Oruj. Khizir kills the admiral and immediately sets out to sea to help his brother. Oruj enters a courtyard and talks to the people there. Don Diego emerges from his hiding place and attacks Oruj. During the fight, a few of the traitors injure Oruj. Don Diego takes this opportunity and shoots Oruj. Khizir finds Oruj injured. Oruj says he wants to see the sea before he dies. Khizir takes Oruj to the beach and talks to him until he dies. Piri returns to Algeria and gives the Sultan’s gifts to Khizir.

How to Watch Barbaroslar Episode 32 with English, Urdu & Spanish Subtitles Free of Cost