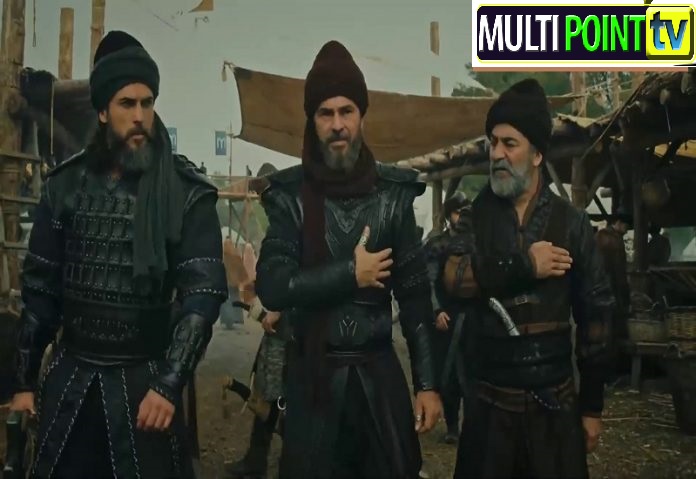 Ressurection Dirilis Ertugrul Season 5 covered the period which started after the Battle Kose Dag in which the Mongols occupied the Seljuk state. So, in order to collect tax from these states, Mongols made a new tax collector named Umuroglu who started disrupting and unbalancing the Sogut state. On the other side, Ilbilge Hatun who was the daughter of Umar Bey, after infiltrating the Kayi Tribe to know about the Ertugrul Ghazi, fell in love with him. During that period, the Byzantine Commander Dragos took over Sogut and killed Umar Bey while successfully creating a misunderstanding between the two tribes. As we mentioned earlier, Bahaddin was always trying to betray Ertugrul by unveiling his plans to attack Mongols. In such circumstances, Gunduz Alp brought the news of the blackface of Dragos and Beybolat Bey was now on screens. Following the misunderstanding, the son of Umar Bey of Sogut, after changing his name to Albasti is helping Mongols in destroying the Oguz Tribes. In this situation, Ertugrul’s family had to hide in the mountains. Beybolat Bey was trying to marry the daughter of Umar Bey, Ilbilge Hatun, to Bahaddin but Ertugrul proposes Ilbilge and they get married. After that Ertugrul attacks on the Mongols during which Emir Bahaddin dies but they are still in danger from the Dragos and Albasti side.

During this, a Zagnoc safeguards Ertugrul from an assassination attempt but Ertugrul suspects him asks Mergen to keep an eye on him. Now the Kayi Tribe is under attack by the Mongols commanders Alincak and Subutay being sent by Hulagu Khan. They captured Ertugrul’s family and now Beybolat is UC bey. Artuk Bey, the new Bey of Kayilar, orders Ertugrul to give his chest or he will kill Osman but Ertugrul refuses to do so. Sirma Hatun is now the head of the Kayi tribe because of which Selcan assaults her. Beybolat captured Suleyman but Ilbilge Hatun helps him in escaping. Lefke Castle is now safe because of the Ertugrul and his Alps who blocked and changed the message from Hulagu Khan.

While Alincak and Uranos are in a meeting, Ertugrul comes to know about the location of his son Osman Ghazi and rescues him. Ertugrul gives the locations and the chest in replacement of the Gundogdu’s life and the right of his tribe. Later, he captured Subutai and Yinal and killed them and takes Sogut back while removing all the Umur’s flags. Beybolat kills Suleyman who is the nephew of Ertugrul, and Mergen being suspected is captured by Alincak but later rescued by Ertugrul. Ertugrul and his Alps are fighting with Albasti and Alincak. In this fight, Alincak succeeded in escaping and Gunduz got injured as Bamsi comes late. Because of this reason, Abdur Rahman Alp is now the Head Alp instead of Bamsi. Ertugrul captures Uranos to track and trap Alincak and succeeded. Ertugrul asks Alincak about Albasti but Hafsa Hatun and her sons are under attack by Albasti’s men and they took Aybars. Ertugrul asks Uranos about the real Dragos. Bamsi got trapped by Albasti’s men when he goes after Aybars. Beybolat while trying to fool Ertugrul, kills a fake Albasti. In order to rescue Aybars, Bamsi captures Alincak to handover to Dragos while disobeying orders. Ertugrul succeeded in capturing the real Dragos while saving Bamsi from his trap and killing Alincak.

Beybolat plans with Dragos to escape from Ertugrul’s trap. But Beybolat betrayed Dragos on the day of his execution. He helps Ertugrul in executing Dragos’s men. Dragos got killed. Ertugrul forgives Bamsi who is severely injured. They also come to know that Beybolat is Albasti. Now Ertugrul and Ilbilge Hatun are setting trap for Beybolat while Turgut and the other Alps are watching over the Albasti’s men. Ertugrul and Beybolat indulge in a fight and Beybolat got injured by an attack from Gundogdu who suddenly appears. Beybolat tries to escape and jumps from a hill into a river. Arikbuka, a blood brother of Alincak and a commander of Hulagu Khan, rescues him. Ilbilge Hatun is now the Bey of Umurogullari. Now Ertugrul is all set to attack Mongols. So, Mongols along with Beybolat are being attacked by Ertugrul and his Alps. In this war, Ertugrul being injured is captured by Mongols and Mergen and Dumrul are killed. Ertugrul Alps are now searching from him.

Hulagu Khan’s commander Arikbuka sets a trap for his Alps. Abdur Rahman Alp and Ilbilge Hatun attack Beybolat while he is taking Ertugrul towards a cave. Ertugrul kills Beybolat. Now, Ertugrul is back and he reorganizes the Kayi Tribe. Artuk Bey tells Ertugrul about the Mongols’ spy and his Alps came to know about him but they got trapped by Arikbuka. Ilbilge Hatun unveils Sirma’s secret meeting with the Mongols’ spy. Ertugrul meets with Berke Khan and discusses the situation of Anatolia. Turgut and other Alps killed Taskun Bey and captured Sirma after knowing that they are traitors. Ertugrul along with Berke Khan succeeded in killing the Mongols’ spy and the commander Arikbuka. And the overwhelming series of Ressurection Dirilis Ertugrul ended with the Ertugrul leading the Kayi Tribe and the flag of the tribe in Osman’s hands. Osman takes an oath to follow his grandfather Suleyman Shah and to wave the flag of the Kayi Tribe in the whole world.