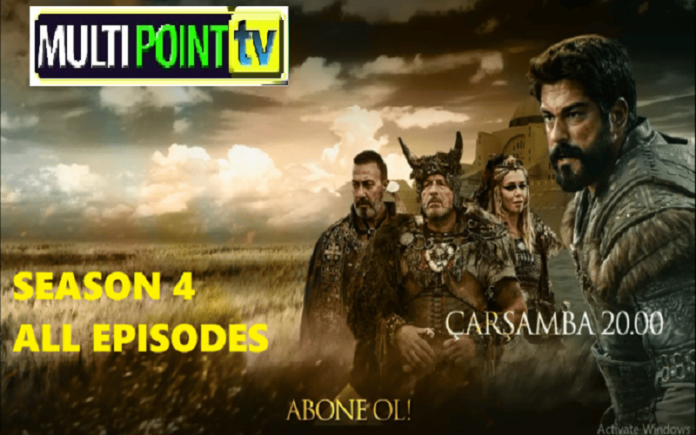 In Kurulus Osman Episode 108, Bala orders the soldiers to retreat to save their lives. Olof continues to attack to kill the Turks. Cerkutay starts throwing the gunpowder filled jugs. Big explosions happen and the Vikings begin to retreat. Sultan learns about the secret headquarters of Osman and starts to get angry with him. Osman says he will not take permission from anyone and sets out to save his soldiers. Sultan asks Turgut to choose his side now. Aisha realizes that her son is not in the city and starts looking for him. Alcicek says she doesn’t know where Aktemur is and wants to not talk about him from now on. Bayindir ties Aktemur to a tree and starts whipping him. When Osman arrives at the headquarters, he sees the dead soldiers.

Osman asks Bala to take the soldiers to the city and starts to get angry with Konur. Osman slaps Konur and asks him to leave the headquarters. Sultan says that she will soon leave Osman completely alone. Osman goes to Inegol with some of his soldiers and tells Turgut what happened at the headquarters. Turgut says he is innocent and everything started with Osman’s big mistake. Osman asks Turgut to vacate the castle and gives him two days. Turgut says he will never surrender the castle without a fight. Olof starts to worry that Sultan will not give Marmaracik. Aisha goes to the forest with the soldiers and starts looking for Aktemur. Aisha finds her son’s horse and starts to think something bad happened to him. Bengi talks to Alcicek and asks her to marry Bayindir as soon as possible. Oktem comes to the city and starts talking to his wife.

Oktem says he is ashamed of his decision, but his wife changes his decision. Bayindir secretly brings Olof to the city and asks him to talk to the Sultan. Upon Osman’s invitation, the Beys come to the city for a big meeting. A short time later, Osman comes and warns the Beys for the last time. Osman then starts the meeting and begins to explain what happened at the headquarters. Osman says they will secretly rebuild the catapults and continue to prepare for the attack. Olof asks Sultan to give Marmaracik, but he cannot convince her. Sultan says that if she gives the castle to Olof, Osman will attack it immediately. Bayindir calms Olof. Sultan says that Olof will work for her for a while and will give the castle to Osman after his death. After the meeting is over, Aisha goes to the mansion and tells that Aktemur has disappeared.

Osman gets angry with Aktemur for doing secret work but says he will find him no matter what. Turgut visits Sultan and tells her that Osman wants Inegol back. Sultan says that she will never allow Osman to do such a thing. Olof begins to torture Aktemur and says he will kill Osman soon. Bayindir talks to Bengi and says they have to have the wedding tomorrow. Cerkutay follows the tracks in the forest and soon finds out where Aktemur is. Konur secretly goes to talk to the Sultan and apologizes to her. Sultan does not believe what Konur says but she wants to test him. Konur says he wants to work for the Seljuk again as before. The Sultan allows Konur to work for the state. Osman establishes his new headquarters in a place near Marmaracik and says that they will prepare nonstop for the big attack. Cerkutay comes to the new headquarters and tells Osman where Aktemur is.

Osman immediately takes action and goes to the forest. While Malhun is trying to calm Aisha, Bengi comes and says that her daughter will marry Bayindir soon. Osman sees the Byzantine soldiers in the forest and suddenly attacks them. As the Turks are about to win the war, Olof and his soldiers arrive. Olof says he will kill Osman. Boran is seriously injured but continues to fight. When the Turks are about to lose the war, Orhan comes to the forest with his soldiers. Orhan saves his father and defeats the Vikings. Konur secretly listens to Sultan’s soldiers and learns where Aktemur is. Osman brings Boran to the city immediately. Kumral says that Boran has lost a lot of blood and tries to heal him. Oktem gets angry because of Bayindir’s decision about the wedding. Bengi calms her husband. Konur comes to the mansion and says he wants to see Boran, but Cerkutay does not allow him.

Konur goes to talk to Osman and tells him where Aktemur is. Thanks to the medicine prepared by Kumral, Boran recovers immediately. Cerkutay realizes that Konur is still working for Osman and apologizes to him. Sheikh visits Osman that night. Osman asks Sheikh questions and asks him for help once again. Sheikh says Osman’s fears are normal and he asks him to stay on the path of Allah no matter what. While Turgut is thinking about what Osman said, Kumral comes. Kumral warns Turgut and asks him to give up on his mistake. Turgut says he is innocent and only wants what he deserves. Abdal says that Turgut has changed a lot and leaves the castle. The Sultan continues to give gold to the people in the city. Osman sets out once again to save Aktemur.

As Olof is about to kill Aktemur, the Turks begin to attack. Olof flees to save his life. Kantakuzenos kills the commanders supporting Andronikos and sends soldiers to help Olof. Bayindir visits Olof and asks him to wait for the Sultan’s order. Alcicek begins to prepare to marry Bayindir. Bengi says her daughter made the right decision and she will be very happy. Oktem says he doesn’t know if Osman will come or not. While Sultan is saying that Osman has made a lot of mistakes lately, Osman comes to the castle with his family. Bala secretly goes to Alcicek’s room and begins to tell her what happened to Aktemur. Alcicek decides to escape from the castle with Bala. Bengi realizes that Alcicek has escaped and tells this to Oktem. Osman invites everyone in the castle to Aktemur and Alcicek’s wedding.