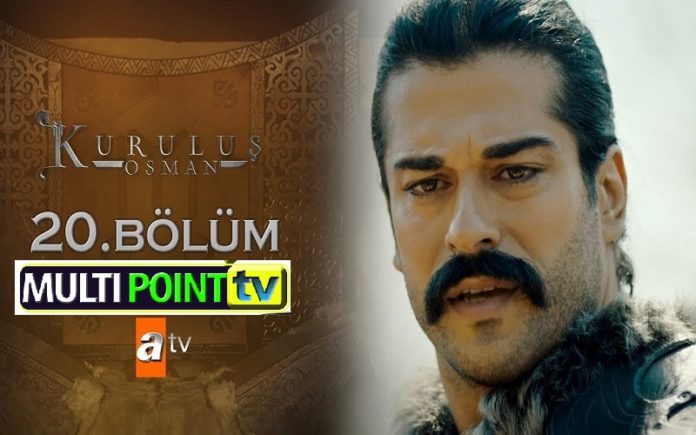 In Kurulus Osman Episode 19, Osman Bey realizes that the Mongols are following him and sends his horse in another direction. Mongolian soldiers tell Kongar that Osman Bey has come down from his horse and is heading in another direction. Gunduz Bey and Bamsi Bey chase the man shooting an arrow in the forest, but they cannot catch him. Bamsi Bey says that the person responsible for this is Sofia. Gunduz Bey thinks that someone from the plain may have been involved in this, Bamsi Bey is suspecting Dundar Bey. Osman Bey meets with the Alps and says that Kongar is still following him. Konur says he found the document proving that his brother was taken from the slave market. Osman Bey plans to show Balgay’s real face to Kongar. When Bala Hatun searches for Princess Adelfa in the forest, she sees car marks and suspects Zohre. Aygul and Burcin meet Zohre Hatun and prepare to secretly carry Princess Adelfa. Gunduz Bey and Bamsi ask Zorba who killed Batur, but Zorba could not stand anymore and die. Osman Bey says that the Byzantines are Margarite monks and that someone who Geyhatu can collaborate will sit on the Byzantine throne. Osman Bey says that he will go alone to learn the name of the person who will sit on the throne and gives other tasks to the Alps. Osman Bey plans to stop the Mongol commander Boke to protect the Kayi hero, who will work with him.

In Kurulus Osman Episode 19, Monks from the Margarit monastery stop in the forest and take a break. The Turk among these monks is Sungur Tekin, brother of Ertugrul Ghazi. Sungur Tekin introduced himself as Hristo and talks about collaborating with the Mongols. Hristo asks who is the person who will be on the Byzantine throne but cannot learn the name of this person. Meanwhile, a man comes and says something to the leader of the monks. Master Denis learns that Hristo is a traitor and tries to kill Hristo. Sungur Tekin kills monks one by one and moves away. The Alps sent by Zohre deliver Princess Adelfa to the soldiers of Alisar Bey. Gunduz Bey ties Saltuk’s hands and brings him to the plain. Immediately after that, Boran comes and tells that Osman Bey is going on a mission. Selcan Hatun says that Adelfa has disappeared and Boran starts to look for her. Bahadir meets his father and says he killed Zorba. Dundar Bey is happy because of his son Bahadir’s arrival and sends his son to the plain. A few men stop Hristo as he moves through the forest. Hristo says that he was from the Margarit monastery and that the Turks attacked the way. Hristo goes to Thessius and says that the Turks killed everyone.

In Kurulus Osman Episode 19, Osman Bey sees Commander Boke in the forest and begins to follow him secretly. Kongar and his soldiers stop in the forest to eat. While Kongar walks through the woods to hunt animals, Konur stops him and starts talking to him. Konur says that Kongar is not a Mongolian and gives him the document that shows that Balgay has taken him from the slave market. Kongar reads the document and remembers everything. Selcan Hatun talks to Zohre but she doesn’t say anything. Selcan continues to ask questions and Zohre tells that Dundar Bey went to Batur’s grave. Meanwhile, Bahadir comes to the plain and tells them not to argue. Bahadir and Aygul go somewhere else to talk. Dundar Bey talks to Alisar Bey about Bahadir. When Osman comes back, Alisar Bey plans to create more problems and seize power again. Boke and Thessius meet. Boke attacks Hristo and tells him that he is a traitor. While Bala is searching for Princess Adelfa, Helen catches her. Bala and Helen start fighting, but when the Byzantine soldiers arrive, Bala Hatun runs away.

Real History of All Characters in Dirilis Ertugrul | Resurrection Ertugrul

In Kurulus Osman Episode 19, Osman Bey finds the secret meeting place. Meanwhile, Boke and Thessius begin questioning Hristo, but Hristo says nothing. When Boke and Thessius go to their tents to speak, Osman Bey throws an arrow on the rope that ties Hristo’s hands. Hristo tries to untie his hands. Boke and Thessius plan to take control of the palace and pass a new king to the throne. Bala Hatun continues to escape from the Byzantine soldiers, but soon the soldiers find her. Bahadir talks to Gunduz Bey and Bamsi, apologizes to them, and says that everything will be different. Gunduz Bey wants to know if Dundar is going to the cemetery. Boke and Thessius want to kill Hristo. Thessius tells that Sofia will be on the throne. Hristo can’t take it any longer and says that Suleiman Shah’s son is Sungur. When Thessius is about to kill Sungur, Osman attacks and saves Sungur. Osman Bey and his uncle embrace. Sungur Tekin takes the secret list that Thessius hides. Bahadir and Zohre speak secretly and talk about what to do to strengthen Dundar again.

In Kurulus Osman Episode 19, Osman Bey and Sungur Tekin talk about what is going on in the plain. Osman Bey tells Sungur about Aksakallis’ duty. Then Sungur tells Sofia will take the Byzantine throne. While Byzantine soldiers are about to kill Bala, Boran saves her, but Helen escapes. Bala and Boran start looking for Princess Adelfa. Sungur says he will go to Constantinople and asks Osman to keep it secret. Sheikh Edebali and Ahis stop in the forest to eat for their fasts. Sheikh Edebali tells a story about bees and advises Muslims to be like bees. Dundar Bey finally comes to the plain and sees Saltuk. Gunduz Bey says what Saltuk did, but Dundar Bey defends him. Saltuk says the crimes against him are false. Bala and Boran search for Princess Adelfa, but they cannot find a trace. Boran says that they must return to the plain. Bala accepts this despite being upset. Dundar Bey says that if there is a problem, he will punish Saltuk with his own hands. Gunduz Bey allows Saltuk to leave. Dundar Bey invites Gunduz to her daughter’s wedding and Gunduz Bey accepts it. Meanwhile, Bahadir comes and tries to kiss his father’s hand.

If you feel irritated because of the ad breaks and some other issues, then ads-free permanent access for watching Kurulus Osman episode 20 with English subtitles can be achieved by subscribing membership at multipointtv.com by Clicking below blue colored button. you can also download the episode to watch on Big screen TV in 1080 resolution.

Have you Enjoyed Episode 20? 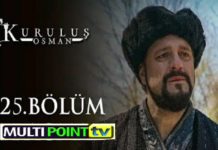 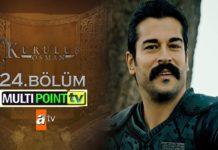 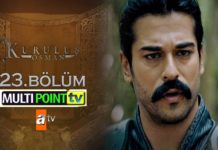 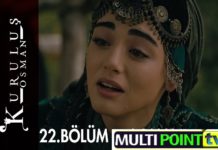 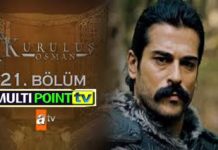 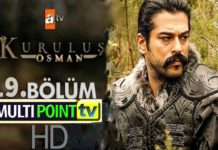 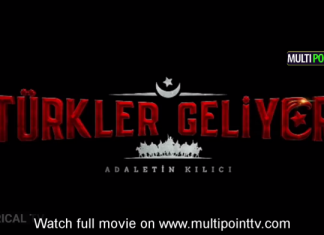