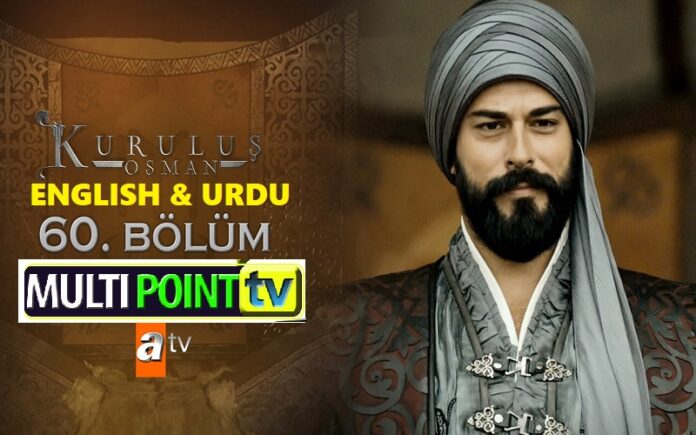 In Kurulus Osman Episode 60, Osman says that they came at the invitation of Umur, but he is not here. Sheikh realizes that Malhun is unaware of Umur’s invitation. Malhun asks her guests to wait for a while, but Osman says there is no point in waiting any longer. While Umur awaits Nikola’s arrival in the forest, Togay and his soldiers start attacking. At the same time, Togay’s other soldiers attack Umur’s plain. When the Turkish archers start attacking, Umur manages to escape with injuries. Malhun and the soldiers try to defend the plain but Mongolians kill a lot of innocent people. Camuha orders his soldiers to retreat. Malhun tries to help injured people and children after the attack.

Osman returns to his tent and starts to think about where Umur is. Gunduz says that Umur is doing secret business. Meanwhile, an Alp comes from the plain of Umur and says that the Mongols attacked. Osman says that he will avenge this attack and immediately sets out to go to Umur’s plain. When Umur returns to his plain, he sees the corpses and realizes that he has fallen into a trap. Umur realizes the result of his actions and regrets it. Togay returns to the base in the forest and thinks Osman knows of Umur’s attack plan. After a short while, Osman comes and says that he will avenge all the martyrs. Osman asks how this attack happened and where Umur was. Umur says he went from the plain to solve a problem between the shepherds and the Byzantines. Osman says that his agreement with Togay is now invalid and he will place his own soldiers around the plain of Umur.

Nikola thinks about Togay’s attack and is delighted with his enemies killing each other. Nikola believes that Togay will attack Osman soon. Osman holds a meeting with Beys and thinks about why Togay had attacked. Umur regrets the mistake he made and is saddened by the innocent people who died. Malhun realizes that her father was going to attack Togay and asks him to tell Osman all the facts. While Osman is trying to strengthen the defense of the plain, a box sent by Togay arrives. Osman reads the note that came out of the box and learns that the agreement was broken because of what Umur did. Meanwhile, Umur comes and confesses everything. Osman says that Umur creates huge problems. Umur says that he feels guilty because innocent people died and that he has been against Osman all this time. Umur says that he will leave these lands in order not to make more mistakes.

Umur takes Malhun and returns to his plain. Osman then calls the Beys again and says that Umur will no longer be a problem. Togay’s spies tell him what kind of defense will be at both the Kayi plain and Sogut. Togay tells Camuha that they will attack both the plain and Sogut at sunrise, and asks him to prepare the soldiers. After Goktug strengthens the city’s defenses, he sees Zoe at the market and talks to her once more. While Sheikh talks with the dervishes, Osman comes to the dervish lodge. Osman says that Umur attacked Togay and that’s why everything was destroyed. Sheikh Edebali says that what Osman is trying to do is very difficult. Sheikh tells Osman to try one more time because his dream is too big.

Umur says that what he has done is irreparable and that is why they will migrate. Malhun objects to her father but cannot change his decision. Umur goes to talk to Sheikh that night and tells him that he regrets it. Umur says he will leave this land because of his mistake, but Sheikh stops him. Edebali says that it is very easy to leave everything and immigrate, but it is difficult to stay and fight. Sheikh says that the Turks have nowhere else to go. While Togay performs a ritual, Camuha says the soldiers are ready to attack. The next morning, Malhun realizes that her father is not on the plain. The governor of Geyhatu, Yargucu comes to the military base of Togay. Togay says that he wants to attack Osman because of what Umur did, but the Yargucu stops him and says they only need gold. Malhun rushes to Kayi plain and says she wants to talk to Osman, but cannot find him.

Umur goes to the Mongol base early in the forest and says he wants to fight Togay one on one. Togay says that Umur has foolish courage and agrees to fight him. Bala goes to Sogut and tells her father that she is sad. Sheikh tells that his daughter has been patient by this time and asks her to be a little more patient. Umur attacks Togay with his sword, but he cannot kill him. Togay neutralizes Umur by using only his hands. Togay takes Umur’s sword in his hand, but Osman stops him when he is about to kill him. Osman says that Umur is still under his own protection and therefore only he can punish him. Togay objects to him, but Osman takes Umur from there and goes.

Umur thanks Osman on his way back to the plain. Osman says he will not allow the Mongols to kill a Turkish Bey. Umur says that from now on he will not stand against Osman and even support him. Umur asks Osman how he knows he will meet with Togay. Osman says he learned everything from Kumral Abdal. Umur and Osman then return to the plain. Umur invites Osman to his tent and tells Malhun that he was going to meet Togay. Umur says that Osman saved him and starts talking about the future. Osman says that nobody will emigrate and the Turks will stay together. Umur says that he allowed Osman to marry Malhun for the future of two tribes. Malhun asks Osman a lot of questions about this marriage. Osman then proposes to Malhun to marry him and she accepts this proposal.

Kurulus Osman Episode 60 will on air on 26th May 2021. If you feel irritated because of the ad breaks and some other issues, then ads-free permanent access for watching Kurulus Osman episode 60 English subtitles can be achieved by subscribing membership at multipointtv.com by Clicking below blue colored button. you can also download the episode to watch on Big screen TV in 1080 resolution.