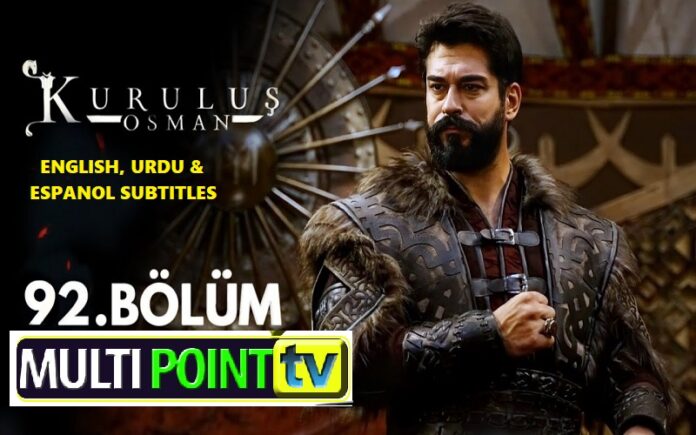 In Kurulus Osman Episode 92, Orhan soon opens his eyes and wakes up Aladdin. Orhan says they need to get out of the dungeon as soon as possible so that nothing bad happens to his father and starts hitting the bars. Byzantine soldiers realize that the Turkish children are trying to escape and they want to stop them. Orhan attacks the soldiers entering the cell. The guards put chains on Orhan and Aladdin. As Bala is about to set off for the castle again, Malhun comes and tells her what happened to the children. Malhun says they have to attack the castle immediately, but Osman stops them. Nikola tells the Lords how Osman will die that night. Arius says that after Osman’s death, Barkin will control Sogut. Osman asks everyone to act according to his plan.

Osman asks Turgut to kidnap Holofira. Osman calms everyone down and tells them that his nephew Aktemur is in the Byzantine castle. A short time later, Turgut attacks Basileus’ car and catches him. Turgut sends Holofira to the tribe with his soldiers. Barkin starts to watch the mine Osman got from Nikola and tries to find out where the irons there go. After Osman learns that Holofira is going to the tribe, he sets out to go to Bilecik. Justinyanus talks to his soldiers and asks them to be ready to kill the Turks. Sheikh realizes that the man who kidnapped the children is the masked attacker who attacked Osman years ago. Meanwhile, the Alps bring the injured Kosses to the tribe. Kumral immediately starts helping him. Sheikh asks how Kosses’s condition is and starts praying for him. Osman comes to the castle with his wives and Gunduz.

Barkin continues to investigate where the iron from the mine goes. Justinyanus asks his guests to rest until dinner. Davut examines the new irons coming to the headquarters and says that they are of even higher quality. Barkin finally learns where Osman’s secret headquarters is and says he will destroy all their preparations. Aktemur talks to his father for the first time in years and hugs him. Aktemur says the children are in the dungeon and gives a map to Malhun. Orhan and Aladdin try to break the chains in the dungeon. Justinyanus orders the celebrations to begin and summons the gladiators. Osman talks to his soldiers and asks them if they want to fight the gladiator. Cerkutay talks to Gunduz and tries to go to the dungeon using the map. A few Byzantine soldiers see Bala and ask her to go back to her room. Bala says she is sick and asks the soldiers to bring a doctor.

Meanwhile, Aktemur comes and helps the Turks. Kosses opens his eyes and says he wants to warn Osman. Abdal calms Kosses down and tells him that Osman has a plan. Sheikh says there is something good in every event that looks bad and asks Kosses to stay calm. The warrior sent by Osman defeats the gladiator for a short time. After this fight, the celebrations continue. Cerkutay tells Osman that everything is ready. Justinyanus says that he prepared very good meals for the Turks. Barkin holds a meeting with some Beys and tells them that Osman will die in Bilecik. Beys immediately want to help Osman, but Barkin stops them. Barkin says he has already sent his soldiers for help and will protect Sogut from the enemies.

Selvi argues with Barkin after the meeting, but can’t do anything. Osman sits at the table with Justinyanus and waits for meal time to come. The guards realize that the Turks have escaped from the room and begin to look for them. Gunduz attacks the soldiers who want to stop him. Bala and Malhun go to the castle’s cellar to get the swords they hid. Nikola learns the location of Osman’s headquarters and says that this situation is very interesting. Arius says that Osman will die and that Nikola will get back what he lost. Selcan calms Holofira and says Osman will send her to her aunt soon. Aisha realizes that Selcan is sick. Selcan says that her time is approaching and she wants to see her grandchildren before she dies. Selcan then tells her will to Aisha. Malhun gives the swords in the cellar to Gunduz and Cerkutay.

Basileus comes to the castle in a chariot. While Justinyanus is waiting to see Holofira, Turgut gets out of the car and stabs Basileus. Osman gives the order to attack and a great war begins in the castle. Justinyanus realizes that he will lose the war and goes to the dungeon to kidnap Osman’s children. Osman begins to follow the Lord. Malhun and Bala finally manage to reach the dungeon. Malhun says the children are not here. Osman says that the Lord wants to use the children. Aktemur tells Osman the location of the secret passage in the castle. Osman enters this tunnel and tries to catch the Lord. Justinyanus tells Osman that he will kill the children and threatens him. Osman kills Justinyanus with an arrow and saves the lives of his children. Aktemur meets and embraces his cousins. Bala and Malhun see that the children are fine. Some Beys say they are uncomfortable with Barkin controlling Sogut.

Barkin kills these guys. Sheikh learns that Osman has captured the Bilecik castle and is very happy. Nikola learns that Osman is still alive and gets angry. Osman says that this castle belongs to the Turks forever and makes a short speech. While Kosses is talking to Sheikh, Osman returns to the tribe. Selcan is very happy to see Osman and her grandchildren again. All Kayi people congratulate Osman. Osman realizes that something is wrong and immediately goes to see Selcan. Selcan says she will die now. Selcan asks Orhan and Aladdin to protect each other. Selcan then asks Osman’s wives to help the state grow. Gunduz apologizes to Selcan for all he did. Selcan forgives Gunduz and says his intentions are good. Selcan dies a short time later. Osman remembers his memories with Selcan and starts to cry. 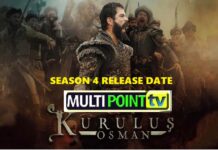 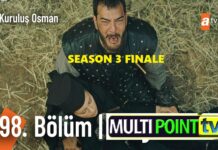 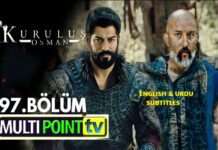 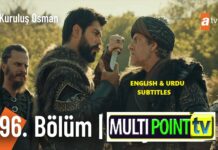 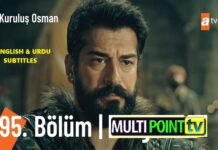 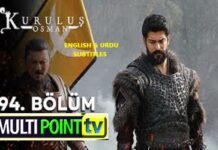