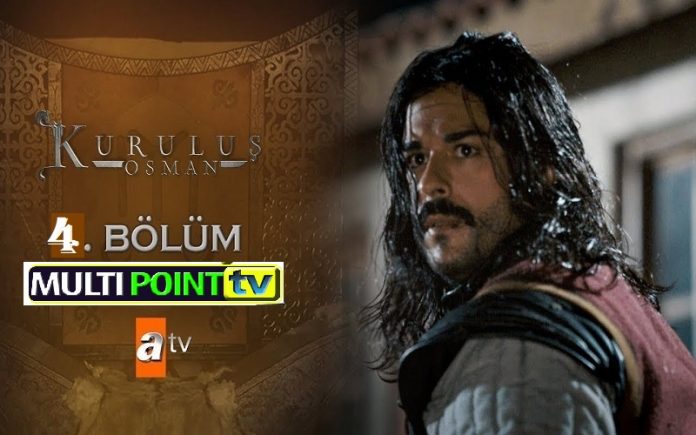 Kalanos realizes that Princess Sofia and the soldiers at the castle have betrayed him. Master Yannis stops his soldiers and tells him the truth to fight together against the Turks. And Sofia is a faithful servant of Master Yannis. Commander Kalanos listens to them and evaluates their proposals. Osman talks to Edebali and asks about the treasure taken from the castle. Edebali says that the treasure belongs to them and that they are fighting against the dark power in the castle. He says that the real purpose of Byzantium was to take the lands of the Turks and to destroy their economies. Osman believes in Edebali’s words and says that unity is necessary. Edebali states they need to establish a new but a fair state. Master Yannis says that Sheikh Edebali is a great danger and he asks Commander Kalanos if he will join the secret organization. The commander accepts his offer. Dundar Bey’s son secretly follows Osman’s Alp and finds Theokles.

Bala Hatun learns that her horse is sick. Osman controls the horse and asks Bala Hatun for permission to heal the horse. Dundar Bey and the other Beys hold meetings. Bamsi Bey says that it is time for war, but Dundar Bey opposes it. Gunduz Bey says that they should wait until news comes from Osman. At this time Osman and the Alps came to the plain. Osman takes the floor in the meeting and says that it is necessary to fight against the evil force spreading from the castle. After what Osman tells, he says that Dundar Bey needs to make a decision. Other Beys support Osman’s decision and opinion. Dundar Bey understands their war decision but says that they should wait for Ertugrul Bey. Edebali took back the wooden sword belonging to Ahmad Yasawi and he thanked his daughter for it.

Edebali says that this wooden sword belongs to the new Hakan of the Turks. Osman tells his uncle about conquering the castle and also tells him that the murderer of Tekfur was also the murderer of Aybars. Dundar Bey praises Osman and advises him to be careful until his father arrives. Master Yannis learns that Ahis and Osman came to the market. The commander wants to kill the Turks, but he cannot do anything because he knows this will start a war. Master Yannis had already invited Salvador, the bloody Prince of Catalonia, to the castle for this job. After the meeting, Osman makes an ointment for Bala Hatun’s horse. Sofia worries about Theokles and sends Commander Andreas to find him. Boran Alp comes to Osman’s tent and tells him that Theokles had escaped. Dundar Bey’s son comes to his father’s tent and tells him that he took Theokles from Osman. It turns out that Princess Sofia sent Theokles to kill Osman.

Osman is angry that Theokles escaped. Master Yannis prepares a ceremony for the acceptance of Commander Kalanos to the secret organization and the Commander swears that he plans to kill the Ahis and take back the wooden sword. Dundar Bey, Gunduz Bey, and Batur Alp decide to take Theokles back to the castle and plan to prevent a war. Bamsi Alp visits the grave of his son Aybars and prays for him. Samsa Bey goes to the castle and visits Dursun Bey. As they walk along the street, he tells that he’s looking for Theokles. Meanwhile, Samsa Bey sees that Dundar Bey, Gunduz Bey, and Batur Alp together with Theokles in the castle. Master Yannis in disguise and goes to the market.

Dundar Bey gives Theokles to Princess Sofia and blames her for what happened. The commander says that Osman should be on trial again. Dundar Bey says that Osman will be judged, but that will happen in Sogut with the jury of Greeks and Turks, and Sofia accepts this offer. Osman brings Bala Hatun’s horse and there is a theft in the market. Osman goes after the thief and stops him. Osman is angry with Alisar Bey’s soldiers and cuts the thief’s hand. Bala Hatun shows his tile to Osman. Osman says her horse is healthy now. Master Yannis came to Osman as a dervish and thanked him. Dervish wants to buy the tile, but Bala Hatun does not ask for money and gives it as a gift. Osman suspects the dervish. Master Yannis tells the Catalonian soldiers that they should kill Osman during the raid, but that Bala Hatun should be taken alive. Aygul sees Osman and Bala Hatun talking and she cries. Alisar Bey sends a man and invites Osman to his mansion. Samsa secretly kills Theokles in a back alley. Alisar Bey talks to Osman and tells him that Osman did not kill Tekfur. When Dundar Bey, Commander, and Princess Sofia were eating, a soldier came and told them that Theokles had been killed.

Princess Sofia is very angry and she blames Osman. Dundar Bey cannot stand this situation anymore and tells them that if they want war they will give a war if they want peace, they will give peace. Osman tells Alisar Bey why he went to the castle and what he talked about with Tekfur. Alisar Bey says that what will happen in the future may lead to a Seljuk Byzantine war. Osman says that he has escaped from the castle in order not to die, but Alisar Bey asks for evidence. Osman says he will expose the criminals in court. Catalonian soldiers drink and prepare for the raid in the forest. Samsa Bey meets Osman in the forest and tells them what he saw in the castle. After hearing this, Osman realizes that Batur kidnapped Theokles and he believes that he was betrayed. Osman goes to the plain as fast as he can with his horse. Meanwhile, the Catholic soldiers came to the market place in disguise. Bala Hatun learns that her horse is sick again and quickly goes to the barn, but this was a lie to kidnap Bala Hatun. The soldiers attack Bala Hatun and catch her. They then attack the market. Osman comes to plain and stabs Batur. Osman accuses him of treason. And then, he tells the people in the neighborhood that whoever betrays him, he will not show any mercy and he will eliminate those who betray him. What will Osman do next after he stabs Batur? What is Dundar Bey going to say about this? What is going to happen to Bala Hatun?

if you feel irritated because of the ad breaks and some other issues, then ads-free permanent access for watching Kurulus Osman episode 4 with English subtitles can be achieved by Clicking Here. you can also download the episode to watch on Big screen TV in 1080 resolution.