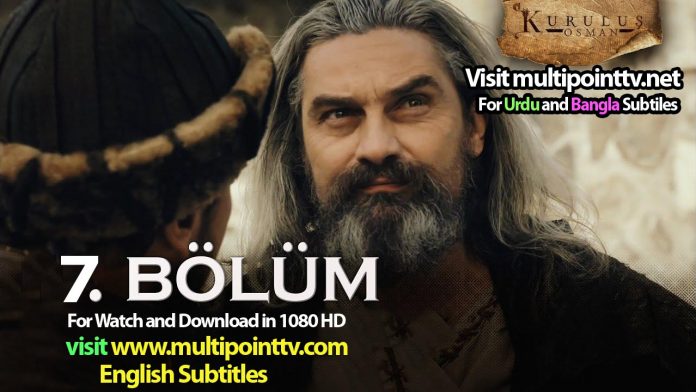 Osman Bey and his Alps go to the hiding place of Salvador and attack them. Alisar Bey tells Dundar Bey that he wants to marry Aygul and asks for his permission. Meanwhile, Princess Sofia arrives and brings the text of the agreement. Salvador sneaks out and saves his life at the last minute. Osman Bey takes several hostages and asks them where Salvador is. Everybody signs the agreement that includes Dundar Bey’s requirements. Osman Bey sets out to the plain. Selcan Hatun comes to Kayi plain and Zohre Hatun welcomes her. Selcan Hatun asks where Osman is. Meanwhile, Osman Bey comes to the plain.

Osman Bey is angry, but Bala Hatun tries to improve his morale. Bala Hatun says that she will wait with Osman Bey. Then Bala Hatun tells Osman Bey what Aygul said. Osman Bey learns that Aygul loves him and leaves the caravanserai. Dundar Bey tells his daughter Aygul that she should marry Alisar Bey and asks her if she wants to. Aygul says that she will respect her father’s decision. Dundar Bey gives her daughter time to think about it. Zohre Hatun objected to this but Dundar Bey did not change his decision. Commander Kalanos and Princess Sofia talk about the Turks. Dundar Bey tells his wife Zohre Hatun that she needs to be careful about Selcan Hatun and they sit together at the dining table. The situation of Osman Bey and Batur bothers Selcan Hatun and speaks to reconcile them. Osman Bey and Batur tell what happened from their point of view and at the request of Selcan Hatun, they reconcile. Sheikh Edebali talks to her daughter and tells her not to worry.

Boran Alp interrogates the man they have captured and tortures him. The man they captured says that Salvador will attack Samsa Chavus’ plain, and the Alps set out to inform Osman Bey. Selcan Hatun talks about Osman’s mother and Osman Bey says that he loves Bala Hatun. Osman Bey asks his sister-in-law to visit Sheikh Edebali and ask for permission to get married. Selcan Hatun accepts this. Osman Bey thinks about what he did and Sheikh Edebali and cries from his sorrow. Boran Alp tells Osman Bey what he has learned. Osman Bey set out to the plain of Samsa Chavus with the Alps. Samsa Bey tells the Alps to be ready for battle. Salvador prepares his troops for their attack. Selcan Hatun talks to Aygul about Zohre Hatun, but Zohre Hatun says that Aygul will marry Alisar Bey. While Osman Bey and the Alps are going to Samsa Bey’s plain, Salvador stops them. Salvador’s men capture Osman Bey and his Alps through the trap they set.

Zohre Hatun tells her daughter that she has to marry Alisar Bey because Dundar Bey can become stronger. The man captured by the Alps escapes in a wounded state. Selcan Hatun does not like the rugs made and she says that better can be done. Zohre Hatun says it’s hard to find paint. Meanwhile, Princess Sofia and Commander Kalanos come to the Kayi plain. Salvador tortures Osman Bey and his Alps to find out where Sheikh Edebali is. Sheikh Edebali has a dream. In this dream, a snake is about to attack a white dove in a cage. Sheikh Edebali realizes that this dream is related to Osman Bey and sends the dervishes to find him. Batur finds Salvador’s man in the woods. Commander Kalanos makes an offer to Dundar Bey to gain more market control. Princess Sofia says that the rugs made are very popular in Constantinople and she wants to sell more rugs. Selcan Hatun says she will consider this offer. Dervishes find Osman Bey’s Alps in the forest and learn what happened.

One of the Dervishes goes to Sheikh Edebali and tells him what happened in the forest. Dundar Bey tells about the things they will do in the market but Bamsi Bey reminds him that there are Ahis in the market. Dundar Bey is determined to make money. Meanwhile, Abdurrahman Ghazi comes to the plain and enters Dundar Bey’s tent. Abdurrahman Ghazi says that Ertugrul Bey is ill and that he will be treated in Kayseri on the advice of a doctor. Sheikh Edebali takes his sword and goes to find Osman Bey. Due to Ertugrul Bey’s order, Dundar Bey became his deputy, and Ertugrul Bey’s sons and other Beys will now obey him. Meanwhile, everyone learns that Erkut Alp was injured, Demirbuken was martyred and Osman Bey was captured. Osman Bey and the Alps are tortured and Princess Sofia comes to see them. How will Sheikh Edebali save Osman Bey and Alps? What will Efendi Yannis’ plan now? What is Dundar Bey going to do with his new power?

If you feel irritated because of the ad breaks and some other issues, then ads-free permanent access for watching Kurulus Osman episode 7 with English subtitles can be achieved by subscribing membership at multipointtv.com by Clicking below blue colored button. you can also download the episode to watch on Big screen TV in 1080 resolution.