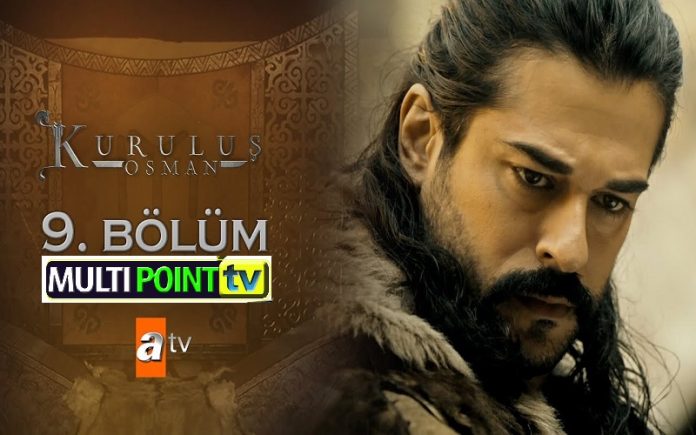 The only thing to do for Osman Bey, who does not understand the reason of Sheikh Edebali’s decision about marriage, is to wait. Bala Hatun can not understand the reason for her father’s decision, but she is ready to do everything to wait for Osman Bey. Bala Hatun goes to her father. Sheikh Edebali tells her daughter that there is a suitable time for everything and she should not hurry. Then he says that he does not want her to meet with Osman Bey. Selcan Hatun tries to comfort Osman. Konur Alp comes to Osman Bey’s tent and tells that Bala Hatun should be kidnapped. Efendi Yannis talks to Princess Sophia to be an ally with Alisar Bey. Dundar Bey learns the decision of Sheikh Edebali. Gunduz Bey comes to the tent and tells about the preparations made in the castle. Dundar Bey wants to attack the caravan going to the castle and gives this task to his son Batur Alp. Sheikh Edebali and dervishes decide to continue living at the border and settle in Yenipazar. Sheikh Edebali sends news to the Ahis from all over Anatolia.

Dundar Bey cannot say anything. Princess Sophia gives Commander Kalanos a sword and tells her that he has been given the task of killing Sheikh Edebali. While Osman Bey and Konur Alp are in the forest, Boran comes to them. He tells that Princess Sophia and Alisar Bey met and Alisar Bey came to the meeting. Zohre Hatun comes to the tent and gets angry at her husband. Dundar Bey accepts the situation for the future of the plain. Osman Bey sets out to find Batur. Alisar Bey goes to Sheikh Edebali to talk to him. Alisar Bey thinks he is not respected enough and gets angry. Sheikh Edebali tells him a story and shows his mistake. Alisar Bey understands his mistake and says that he is honored when Sheikh Edebali comes to the market. As Batur Alp walks alone in the forest, Salvador and his men attack him. Osman Bey comes and helps Batur.

Osman Bey catches Salvador. Alisar Bey lied to earn money and use the property of the Ahis. Osman Bey and the Alps torture Salvador. Alisar Bey sees Bala Hatun in the market and likes her very much. Salvador begins to speak so as not to die. He says that Commander Kalanos and his men will kill Sheikh Edebali tonight. Osman Bey and the Alps are on their way. Princess Sophia prepares food for Alisar. Alisar Bey comes to the castle with the gold from the caravan and tells what happened on the plain.

Sheikh Edebali says that Osman Bey’s only aim should be to fight in the way of Allah and to end the suffering of the Oghuz. Osman Bey says that he will do everything so that Sheikh Edebali’s light does not go out. Then Osman Bey goes out and gives good news to Bala Hatun. Dundar Bey and Zohre Hatun worry about Batur in the tent. Meanwhile, Batur Alp comes to the tent with a wound and says that Osman saved his life. Efendi Yannis learns that Commander Kalanos has been killed and immediately makes a sneaky plan. When Alisar Bey and Princess Sophia are talking, the soldiers bring the corpse of the commander Kalanos. Princess Sophia gets upset first, then gets angry with Osman Bey and Kayis. Sophia says that this was an uprising and that she wanted Osman’s life. Bamsi Alp continues to talk about his son and tells how he died. When Bamsi Alp is about to take the life of Salvador, Salvador says that he does not want to die before becoming a Muslim. Efendi Yannis talks to Princess Sophia about revenge and asks her to be strong. Osman Bey comes to the tent and tells that Alisar Bey met with Princess Sophia. This situation surprises everyone. Meanwhile, Alisar Bey enters the tent. Dundar Bey could not bear and get angry anymore, but Alisar Bey arrested Osman for the crime of killing Commander Kalanos.

If you feel irritated because of the ad breaks and some other issues, then ads-free permanent access for watching Kurulus Osman episode 9 with English subtitles can be achieved by subscribing membership at multipointtv.com by Clicking below blue colored button. you can also download the episode to watch on Big screen TV in 1080 resolution.