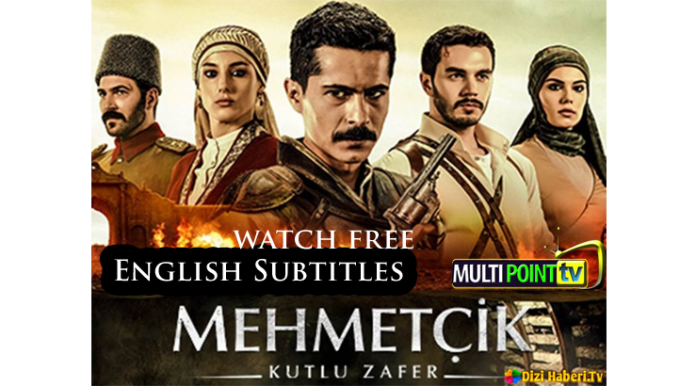 Mehmetçik Kutlu Zafer Season 2 starts with Skopje, Said, and Mawlidt, who survived the explosion in the oven thanks to Baba Haydar, are located under the city of Kut. It was the day of the first attack on the British for the organizers who dug tunnels for two months. Appointed for the security of the city, Hamilton persecutes the people and the Muslim Indian soldiers in his army and Skopje is the one who will take revenge for this… They explode the British headquarters, while Skopje should take the information received by the British spy into Nurettin Bey, who is located in Ctesiphon. Because the British lost in Canakkale, with the game of retreat, they will try to disrupt the defense system of Ctesiphon and seize Baghdad. Battle of Ctesiphon continues. Islam’s last army fearlessly tries to repel the British, Turkish soldiers will give an oath to not give Baghdad.

Mehmet is awakened, he doesn’t know who he is and as he walks through the desert he meets Captain Hamilton… Can Zeynep find the man he loves? Another one who thinks of Mehmet is his brother Said. He came out of the underground for the first time in a long time to give him a birthday present. It will not be easy to reach Mehmet. Neccar learns that Fatima has been kidnapped and he suspects Skopje. Skopje wakes up from the dream of freedom in the square of the heroic battle of Ctesiphon with the pain of a bullet in his stomach. Will the Turks have a happy victory? It is time for the Turkish Army in the Battle of Ctesiphon to end the British’s dreams of the Baghdad… They will either go after the British and surround the city or they will wait and cover their wounds… 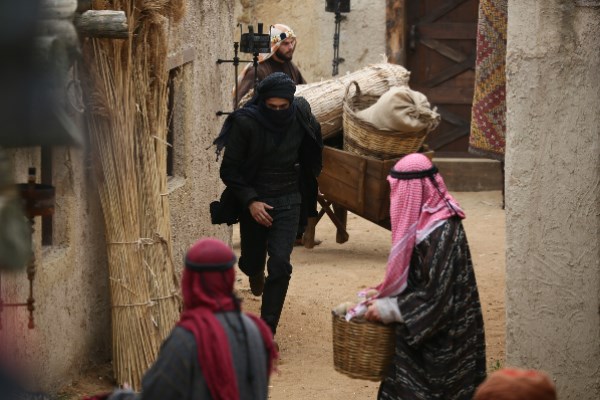 The British played with Mehmet’s mind and convinced him that he was another person. There is only one person who can remind Mehmet who he is, his brother Said.  The plan of the Organization’s soldiers who want to enter the well-protected hospital and take Mehmet begins. There is only one way to weaken the British who take refuge in Kut, which is to hit from the inside. For this, Skopje must enter the city, but it is very difficult to enter alone. Skopje, who can not reach Mawlid, Said, and others, someone unexpected will come to help him. Colonel Halil, who won the Battle of Ctesiphon and imprisoned the British in Kut city, will not leave his tired Turkish soldiers helpless… The caravan coming from Basrah is important both for shaking the British and for Turkish soldiers to find strength…

“Skopje is cornered in Neccar’s house.”

With the help of Fatima, Skopje enters Kut city and is trapped in Neccar‘s house. Hamilton senses something is happening in Neccar’s house. Skopje must find a way out of this circle. Mevlut, Said, and others make plans to take Skopje. “Mehmet’s first big duty.” Hamilton puts Mehmet’s plan into operation. Can Mehmet, who took his first major duty, creep in the Ottoman barracks? Zeynep, who never gives up her love for Mehmet, seeks every opportunity to take him away from the British. Zeynep, who sees Mehmet on the street, reaches him, while Alisa, who has known against her for a long time, cuts Zeynep’s way.

“Nureddin Bey makes an unexpected move against the British.”

General Townshend, asking for support from Basrah, decided to cut the Turkish siege both from outside and from the inside with his army. Hamilton sends Mehmet into the Ottoman army. Well, his aim will be to kill Colonel Halil, who has become the main actor in this war… Will Mehmet be able to see the light in the bottomless darkness where he drifts unaware of everything? “Neccar’s exam.” Neccar, who captured Skopje in the warehouse of his house, learns that Fatima helped the organizers… Will Neccar deliver Skopje to Hamilton? Neccar, the only survivor of his life, has to decide in between his enemy Skopje and his most important asset Fatima. “May your betray cause your freedom.” Skopje plans to save Said from Hamilton’s hands… The smallest mistake Said will make will cost his life. Hamilton will not leave his job to chance and he will go to the place that Said shows with a large group of soldiers. Will the plan of Skopje work and save Said? 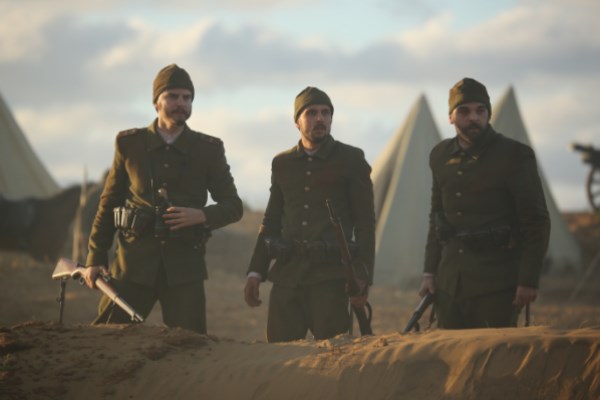 “Halil and Nureddin Bey are against each other.”

Colonel Halil finds out that Townshend is calling for support from Basrah and wants to raid this their unit before the British reach Kut. Nureddin opposes this idea, but Halil will do what he knows and takes out for Basra. “Mehmet’s betrayal.” Mehmet seeks an opportunity to fulfill Hamilton’s duty in the Ottoman Barracks. Mehmet, who tries to find out the location of the ammunition and the place of Colonel Halil, is under the suspicious gaze of Samil. Can Mehmet fulfill this task? “Turk soldiers exam with the wires.” Colonel Halil went to the raid without listening to the orders, this caused Nureddin Bey to make a sudden decision. Nureddin Bey wants to attack Kut immediately. Preparations are made… But there are wires that protect the city and they need wire shears to cut them… Mehmet, who is in contact with Hamilton through the secret spy, wants to break the wire shears and prevent the movement of the Turkish soldiers. Will Mehmet succeed in this treacherous plan?

Skopje looks for ways to relieve the fire that Fatima has set in his heart… His only love is the love of his homeland now and he will not stop until he takes the British out of the city of Kut. Yakub brings the news that the Turkish army is making an offensive operation. Will Skopje, who knows that this is a great suicide, save the Turkish soldiers? “Hamilton’s new mission.” Hamilton takes the duty to protect the city from The General. Hamilton, who enters the war at the head of his soldiers, will not pity and will do everything to achieve victory. “Revenge of our martyrs.” Skopje and other organizers swear an oath for revenge when they destroyed the British Army’s ammunition and lost Mehmet as a martyr. This will be neither the first nor the last. “Everything is coming to end.” Captain Hamilton, thanks to Doctor Alisa, learns about the location of Skopje and organizers’ hiding and the love between Skopje and Fatima. Thereupon, Hamilton unlocks the connection between, Sheriff Neccar, Fatima and Skopje and takes an action. The knot has now been untied and the parties have identified themselves.

Will Townshend give Hamilton to his rank again and ask him to capture Skopje?

Weapons are out in the city of Kut now. Hamilton learned the place where the organizers were hiding and took action by raiding there. For centuries, the battlefields, which are scenes for heroism, this time Baba Haydar’s, Said’s, Majnun’s and Commander Ali’s heroism are happening in there. General Townshend, who understands that he cannot get out of Kut by fighting, seeks a solution in another way… By offering money to Halil Bey, he asks him to let him and his army to leave the city. Halil Bey’s reaction to this proposal will be surprising for the General…

“Escape from the Kut city.”

Realizing that he cannot leave the city with the offer of money, General Townshend makes a plan to escape from the city. Although Captain Hamilton offers to stay and fight, the General is determined to leave the city. Will the British army escape quietly at night? Hamilton has a completely different plan in his mind when the General plans to escape. Hamilton, who kidnapped Fatima, is thinking of catching Skopje in this way… Will Hamilton, who has vowed to shed blood, be successful? Skopje has only one plan. They will either kill the enemy or they will die! Skopje and others put their guns to avenge the death of Baba Haydar, Mehmet, Zeynep, all the martyrs and all the children of the homeland. During these bloody street battles, fist-to-fist, and deadly fights, the Ottoman army was approaching the city of Kut under the command of Halil Bey…

The city of Kut, which remained in British captivity for months, will be equipped with red flags when Halil Bey enters the city gate and it will be homeland again. This lands, which lit by the hot sun, thanks to the tenacity of Skopje and his friends, the courage of the Ottoman soldier, it will no longer be crushed under enemy boots…