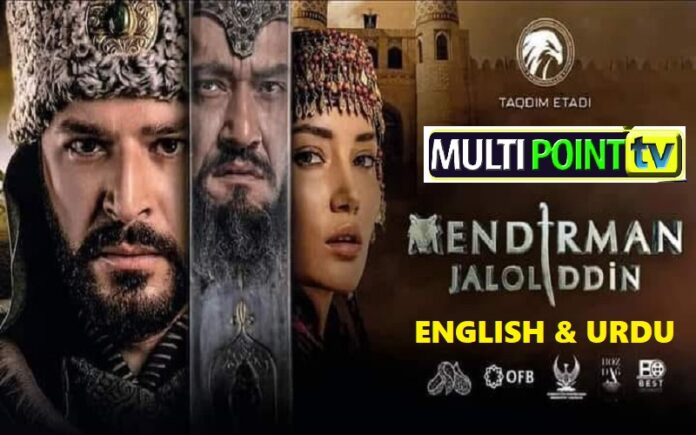 In Mendirman Jaloliddin Episode 13, Shirin goes to her father’s tent with Uzlag and visits her mother. Uzlag tells that Genghis will launch an attack soon and Shirin’s father’s land is in danger. Shirin goes to her mother’s tent and talks to her. Jalaluddin continues to wander in the forest with the fox and looks for a trail. The fox looks at the birds in the forest and says that Tukhtav knows they are in the forest. The fox says they must stay together and continues to search for Tukhtav. While talking with Kutlu, Aycicek learns that Akshah is going to catch some traitors.

Kutlu is worried about the capture of Behram. Aycicek asks her to stay calm and wait. The fox says Tukhtav will get close to them. Meanwhile, Tukhtav sees them and Jalaluddin’s soldiers try to shoot him. Tukhtav realizes that they are enemies and begins to flee. While Shirin cries for her mother, Uzlagshah comes and tries to comfort her. Kutlu takes her dagger in her hand and says that now Behram must pay for what he has done. Shamsiddinbek makes a plan to question Behram alone and goes to the dungeon with Turkan’s soldiers. Tukhtav’s trap kills one of Timur’s soldiers. Kutlu sneaks out of her room and goes to the dungeon. Alauddin realizes that all Shehzades are out of the palace and thinks he should be more just in assigning them to them. Sultan says he wants to question Behram and orders him to be brought to his room.

Shamsiddinbek goes to the dungeon and says he wants to ask Behram questions, but Timur’s soldier won’t let him. Turkan’s soldiers enter the dungeon, but Behram attacks Timur’s soldier and neutralizes him. Jalaluddin says that Tukhtav is using the forest as a weapon and takes action to catch him. Shirin says her mother can’t see her wedding and asks Uzlag to be the Sultan of the state no matter what. Looking at the trees, the fox says that they are getting closer to Tukhtav, but in the meantime, Timur’s two more soldiers die due to the traps. Jalaluddin gets very angry and starts running. Shamsiddinbek asks who put the paper in Turkan’s room, but Behram says a Shehzade collaborated with them. Meanwhile, the soldiers of the Sultan come and take Behram. Tukhtav injures the fox in his hand. While going to the dungeon, Kutlu sees Behram and he says that Jalaluddin is dead.

Kutlu stabs Behram in the stomach. Uzlag finds out that everyone in the palace has said good things about him and realizes that he must return to the palace. One of Tukhtav’s traps catches Jalaluddin. While Alauddin was praying, one of the soldiers comes and says that Kutlu stabbed Behram. Sultan calls Kutlu. While Tukhtav was on his way to kill Jalaluddin, his trap wounded him. Jalaluddin cuts the rope from his feet and catches Tukhtav. Sultan asks Kutlu why she did such a thing. Kutlu says that she is angry because of what Behram said, but the Sultan gets angry with her. The fox tells Tukhtav that the person who captured him was Jalaluddin and that he would take him to Genghis.

Akshah catches one of Behram’s assistants in the market, but the man commits suicide. Aycicek gets angry with Kutlu for what she did. Later, Turkan calls both of them to her room and gets angry with them. Kutlu tells that the crime belongs to her and asks Turkan not to be angry with Aycicek. Turkan says that if she talks without permission again, she will cut off Kutlu’s tongue. That evening, Akshah starts talking to Kutlu and asks her about the shop in the market. Kutlu says that she made the necessary explanation to Jalaluddin. Akshah says Kutlu is a traitor. Kutlu opposes him and asks him not to say such things without evidence. The next morning, Jalaluddin and Timur return to the palace. The doctor of the palace tells the Sultan that Behram is unable to speak. Jalaluddin tells his father that he caught Tukhtav.

Alauddin tells his son that Kutlu stabbed Behram. Sultan asks Jalaluddin to check on Kutlu or send her from the palace. Timur goes to the dungeon and releases the soldier he left as a guard. Jalaluddin gives Kutlu a flower and congratulates her on what she did. Jalaluddin asks Kutlu not to do anything until he brings Jihangir to the palace. Jalaluddin says he will take Jihangir from Genghis before anything bad happens to him. The envoy sent by Turkan goes to the tent of Genghis. Genghis asks what Turkan wants and the ambassador says that Turkan wants to be friends with him. Genghis says that this man was actually a merchant and knew that he came here as a spy. Genghis says this man is now a spy working for him and asks him what the Turks are doing.

Turkan’s spy says that Jalaluddin married Kutlu and Behram was arrested. The spy continues to speak and gives Genghis more information. Jalaluddin says he will bring Jihangir to the palace and says goodbye to Kutlu. Kutlu says she will wait for him no matter what. Jalaluddin goes to the dungeon and stabs Behram. Behram dies in the palace’s dungeon. Nizam says that Jalaluddin left the palace without telling anything. Sultan is very angry with Jalaluddin. Meanwhile, Uzlag comes to the palace. Turkan welcomes Uzlag and tells her that she is sorry for the death of Shirin’s mother. Aycicek goes to Jalaluddin’s room but learns that he has left the palace once again. 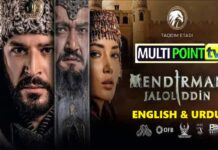