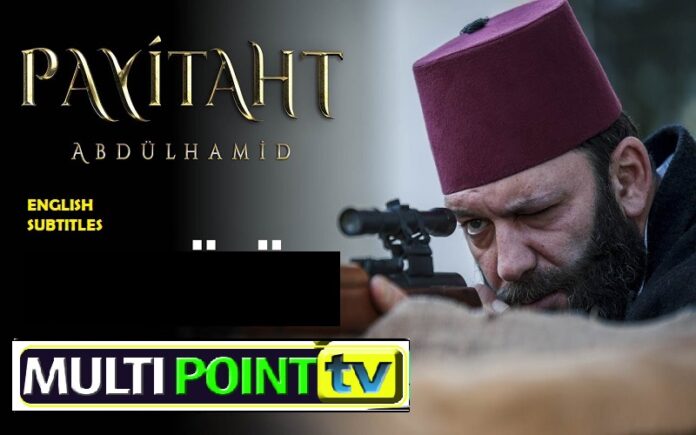 In Payitaht Abdulhamid Episode 149, Sultan learns from Tahir that Mahmud has secretly entered the French embassy and asks how this incident took place. Esref catches Mika at the port, but Mika takes his sister hostage and begins to flee. Esref and Nadir begin to follow Mika. Riza says that Ziya has not done anything suspicious yet, but Hunkar asks him to continue the pursuit. Mahmud says he is not tired and mentions the news he sent to an opposition newspaper in France. Mahmud asks the French ambassador to go to the palace and ask the Grand Vizier to remove the checkpoints. Esref goes to a warehouse and catches Mika there. While Saliha is preparing a meal to distribute to poor people, she sees the fake news in the newspaper and gets sad. The French ambassador goes to the palace with the British ambassador and asks the Grand Vizier to remove the checkpoints. The Grand Vizier says the state has the right to do such a thing, but the French ambassador says that they will do the same for the Turkish embassies in Europe.

Aliye devises a plan to harm Saliha’s reputation. Mahmud sees that the soldiers around the embassy building are starting to go and tells Sabahaddin what he has to do. Mahmud asks the French embassy to arrange an invitation for the Algerian natives, so he plans a secret meeting. Mahmud then asks Pashas working for him to find information about the secret soldiers in the Balkans. Esref catches Mika and starts asking him questions. Mika first tells how he found Esref in Aqaba and then how he seized the house of three. Mika says he did everything for Ali Osman, and that’s why he talked to Ahmed and made Lena come to Payitaht. Mika later says that great Armenia will be established in the future, but Esref knocks him out. Hunkar reads the news in the newspaper and realizes that Mahmud has taken action.

Shehzade says that the Grand Vizier sent the soldiers around the embassy back to the barracks. Sabahaddin meets with his friends and tells them what to do. Hunkar calls the Grand Vizier and asks him why he sent the soldiers back to the barracks. Lena repeatedly apologizes to Esref for everything that has happened and tells him what she knows. Saliha asks Emsal to collect information about the woman who prepared the news in the newspaper. Esref puts Ali Osman and Mehpare on a train and sends them to Germany. Esref then starts following Ahmed. Saliha reads the new news in the newspaper and gets very angry. Mahmud asks the French ambassador to put some guests in another room. Tahsin tells Hunkar that an invitation will be held at the French embassy to help the Algerian people and who will attend. Abdulhamid calls some envoys to the palace to understand what subjects those who come to this invitation will talk about.

Ahmed leaves the palace and goes to meet Pashas working for Mahmud, but Esref follows him. The Russian and Austria-Hungarian ambassadors come to the palace, but Tahsin asks them to wait for a while. The ambassadors start talking to each other, and Hunkar listens to them secretly. The Russian envoy says that they will talk about Rumelia at the invitation at the French embassy. Mahmud meets the Pashas and learns that Mahmud is asking for information about the soldiers in the Sancak region. Ahmed does not like this plan but says he will do his duty. Frida enters Sait’s house and prints his seal on a piece of paper. Esref then returns to the palace and sees Ahmed following Tahir. Saliha asks Hunkar for permission to summon the journalist Mary to the palace. Hunkar calls Nadir Aga to the palace and says that he will send him to the French embassy. The Grand Vizier learns that Hunkar will choose a new grand vizier and begins to think that he will be exiled.

Esat says he will go to the invitation at the French embassy and even says that Grand Vizier should go there. Ziya goes to his house and gives his son a briefcase. Tahir takes the bag and learns that Ziya has gotten information about the secret soldiers in Rumelia. While drinking tea with Victor, the soldiers come and take Mary to the palace. While Ziya tries to escape with a ship, Riza catches him. Tahir goes to a secret house to check the paperwork, and Ahmed follows him. Tahir sees that all the documents are in the room and leaves, but Ahmed enters that room shortly after. While Tahir explains that he went to check the documents, Esref comes and begins to tell Hunkar what Ahmed has done. Hunkar asks Tahir to check the documents again.

Mahmud starts talking with the ambassadors and tells them that the Ottomans should come out of the Balkans. Mahmud says he wants to establish a new Turkish state in Anatolia. The Russian ambassador asks Mahmud to bring the Ottoman military plans about Balkans. Hunkar holds an iftar with his friends Ismail Hakki and Tahsin. Mahmud listens to the information Karasu brought about the gangs and asks where Ahmed is. Selim takes action with his brother and says that he will kill those who attend the meeting. The Grand Vizier comes to the French embassy and says he will talk to the British ambassador to save his life. Nadir sees the Grand Vizier entering the same room with Mahmud and immediately goes to the palace. Tahir gives the note he found in the document room to Hunkar and orders Abdulhamid Ahmed to be sent to Paris immediately. Thereupon, Shehzade and Esref find Ahmed and tell him that he should go to Paris. Ahmed says that he has done everything for his homeland until this time and goes to the harbor.

Others who are searching for watching Payitaht Abdulhamid Episode 149 English Subtitles free of cost, they need not worry as we have brought the solution. You may watch Payitaht Abdulhamid Episode 149 English Subtitles here, but there will be some ads too. Keep visiting historicales.com for all the updates regarding the TV series and Historical knowledge. Please click below button.