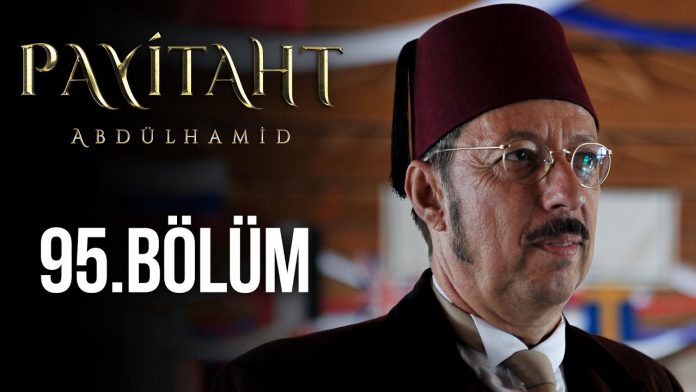 Payitaht Abdulhamid is the story of the last powerful caliph of the Ottoman Sultan. It has completed 3 seasons and the season of Payitaht Abdulhamid is continue. here, we will tell you what happened in the previous episode. Russian Ambassador doesn’t allow them to meet. Abdulhamid has to meet Ahmed Pasha to learn the truth, he tries to find a way. He finds a diplomatic path with his sharp intelligence despite Zalman and Cevad’s hindrances. When Ahmed Pasha comes, he will surprise everyone with his words. Halil Halid stops the gun sell to IMRO but at the same time, he brings more trouble on. To have the arms fair in Payitaht, Halil Halid and his men have a lot to do. Abdulhamid gives the arms dealers protection duty to them.

Bidar Sultan tries to find out who is behind the missionary duty in society for the protection of children. She talks to Abdulhamid and they decide to put a spy in the school. Naime wants to be a spy teacher who supposed to go to society for the protection of children. But Bidar doesn’t allow her. Naime goes to school without permission. The consequence of this causes a huge crisis in between Naime, Bidar, and Cemile. Abdulhamid saves his best friend, removes his enemies. Cevad who is under arrest will help to find the bloody hand that caused all of this. But Cevad got poisoned and goes to the hospital. A meal that came from the kitchen causes this. Abdulhamid calls suspicious Gustav and Esther. Abdulhamid makes a plan because he knows Cevad will be killed. The first person who comes to the hospital is the part of the hand that he’s looking for. But his name shocks Abdulhamid.

Halil Halid catches Robina from her weakest point, he leaves her desperate. Robina had to explain Joris’ duty that he has gotten from Zalman…Halil Halid stops the assassination.  But the sneaky enemy that has insidiously entered to their place, left a package for them. A package about to explode…Naime and Bidar Sultan are so upset because of Cemile Sultan’s reaction. Their effort to find out who is behind at the missionary works will cause a lot of trouble for them. How are the people at the palace going to be affected by this huge trouble?

Abdulhamid arrests an arms dealer who sells chemical weapons. Zalman makes a cruel plan to bring footsteps of the war to Payitaht. He sands the British Ambassador to the palace to release the dealer. So in that way, the British and Ottoman will stand against each other then he’ll start the war the was expecting. Three barrels travel in the streets that are ready to explode. The danger is patrolling in Payitaht’s streets. Joris comes back to get Robina’s daughter. The kid is in the society for the protection of children. And she needs Halil Halid’s permission to get her. They entrap and catch  Halil Halid. Halil Halid’s men block their way around the school. While the guns are pointing to each other there are a lot of small kids close to them.

Great trouble arises when Nureddin gets the plague in the Harem. Cemile angrily blames Bidar Sultan. And Naime understands the matter is much bigger than she thinks while she is locked in the basement and she continues to search the missionary matter with Bidar Sultan. By the way, the plague disease spreads all over the Harem…Panic is in the air. Abdulhamid and Bidar learn there no plague in the Payitaht according to their research, they understand the microbe was purposely put in the palace…But who is this traitor? Will Halil Halid escape from Joris and manage the protect the kids? Will Abdulhamid stop the bombs before they explode?

Abdulhamid knows that communication and intelligence is the most powerful weapon that changes the course of the wars and the maps of the countries. For this, the new invention that everyone is pursuing the task of getting the radio gives Halil Khalid and his men. This time, the mystery of whether Selim Pasha lived or not came before Ahmet Pasha and tied his hand and foot.

Bidar clung to Nureddin on his deathbed and did not care about the possibility of plague. While the situation of the detainees is getting worse, Ester makes a plan with Vladimir. He will burn the plague patients in solitary confinement and tell their families that Abdulhamid’s disease has chosen such a way of drying and that your children have been burned. Indeed, the fire raises… While the flames are everywhere, a bad surprise awaits Bidar Sultan. Cemile Sultan experiences the shock of his life with a compass.

Abdülhamid Zülüflü expects information about the gun fair from İsmail Paşa. Zalman is still not sure that Zülüflü is on his side. He throws Zülüflü into the fire. Khalil Khalid and his men finally save the Payitaht from the persecution of Joris and his men. Khalil Khalid does something unexpected that will leave everyone in shock.
How will Abdulhamid make a decision about Khalid Khalid and Zülüflü?