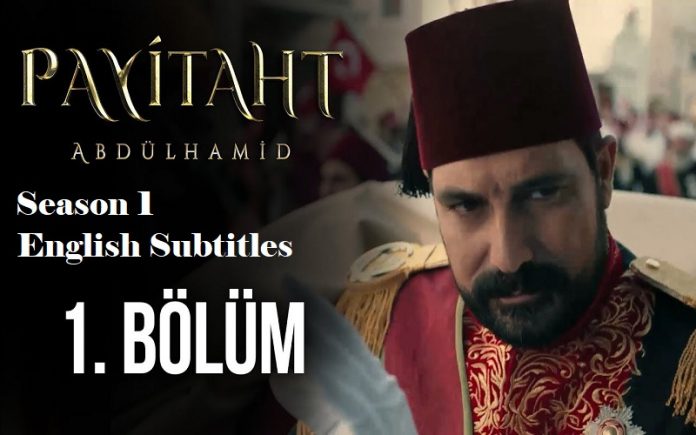 Sultan Abdulhamid was born on September 21, 1842. His father was Abdulmejid I Sultan and his mother was Tirimozhgan Sultan. He lost his mother at the age of eleven. As a child, he took lessons from private teachers on Turkish, French, history, music and many other subjects. He went to Egypt and Europe with his uncle Sultan Abdulaziz. Sultan Abdulhamid ascended the throne on Thursday, August 31, 1876, but the state was experiencing its most difficult days. In the West, Bosnia and Herzegovina and Bulgarian rebellions, economic problems and constitutional problems awaited him. Despite these conditions, thanks to the positive attitude of Sultan Abdulhamid, the government personnel, army officers and pashas quickly loved and respected him.

Despite the interventions of Western states, the first constitution of the Ottoman state was declared. The first parliament of Muslims and non-Muslims was opened, but immediately after that, the war with Russia began. At the beginning of the peace talks with Russia, after the second parliamentary elections, some deputies blamed Sultan Abdulhamid and opposed the peace because of these the parliament was held indefinitely. While Abdulhamid Khan did everything to save his country, some pashas betrayed the Sultan with the intervention of the European states. Nevertheless, Sultan Abdulhamid tried to repay his country’s debts and improve the economy.

Sultan Abdulhamid sent ambassadors and agents to all European countries and made strong plans and policies. He spent his whole life trying to improve his country, the Islamic world and the Turks. Sultan Abdulhamid died on February 10, 1918, after the outbreak of the First World War.

Sultan Abdulhamid ascended the throne in 1876, but many difficulties were awaiting him. Many people, especially Theodor Herzl, want to destroy the Ottoman state as soon as possible. Theodor Herzl wants to establish a Jewish state and organizes a Zionist congress. With this congress, Theodor Herzl becomes the Jewish leader. The traitors at the palace try to poison Abdulhamid Khan. Meanwhile, what Mahmud Pasha did is revealed. Theodor Herzl and Emanuel Karasu come to Istanbul and will then fight against the Sultan himself. This news surprised the Sultan. A train explodes in Istanbul and no one could stop it. A war begins in Palestine, while Hiram tries to start a rebellion.

The problems between Bidar Kadin and Seniha Sultan cause great problems in the Harem. Theodor Herzl tries to make a rebellion by using the Armenians living in Istanbul. Armenian gangs are trying to bring a lot of weapons to Istanbul. Celal and Kemalettin Pasha tirelessly continue to fight against the British. Sultan Abdulhamid is determined to find Melika’s dark secrets. Shehzade Abdulkhadir betrays his father, and this situation makes Abdulhamid Khan very sad. Valide Sultan comes to Harem and this situation makes the place more confusing. Mahmud Pasha and Theodor Herzl begin to get close.

Abdulhamid Khan learns that Captain Celal is a martyr and this news destroys him. Hiram turns into a devil and continues to make treacherous plans. Basil Zaharof begins to work with enemies and wants to wage a war between Muslims and non-Muslims. Naime Sultan falls in love with Kemalettin and Hatice Sultan learns it. Gazi Osman Pasha gets slandered and there is no evidence to eliminate these lies. Mahmud Pasha makes the situation in the harem even more complicated and difficult. Sultan Abdulhamid gives Kemalettin Pasha a task and asks him to make a decision. Bidar Sultan and Seniha Sultan are confronted again and this time the reason is Kemalettin and Hatice.

Things are getting very complicated in the Payitaht and the Armenian people are on the streets. The gang has only one aim: to attack the Ottoman Bank and to divide the state. Sultan Abdulhamid is aware of these games and his moves will change the fate of the state. Mahmud Pasha, Theodor Herzl, and Basil Zaharof want bloodshed on the Payitaht for their own purposes. They hope that the European states will invade Istanbul because of chaos. When the Armenian gang took action, the ships of the Western states started to move towards Payitaht. After the attack on the bank, Omar becomes more violent and loses his temper.

The British continue to use the Armenian gang and try to dismantle the Ottoman state. Sultan Abdulhamid chooses the British Queen as his target, but the fact that Omar is a martyr creates a great deal of trouble. Meanwhile, Shehzade Abdulkhadir has to make a choice, either supporting the uprising or supporting the Sultan like an Ottoman. Mahmud Pasha is still making insidious plans and wants to use Abdulkhadir. Sultan Abdulhamid has to take harder decisions now and summons someone to the palace. Theodor Herzl wants to establish an Israeli state, while Basil Zaharof wants to capture the book with the names of Indian Muslims. The letters left by Makbule make the Harem even more complicated. Omar sacrifices the book to save Melika.

Naime still loves Kemalettin and Hunkar calls them to talk about this love. Hunkar makes a decision about them. After the letters appeared, Bidar Sultan’s brother Mehmet Pasha made a mistake. The Ottoman state is on the verge of war and Basil Zaharof tries to show Sultan Abdulhamid the wrong way. Omar realizes his mistake and he feels embarrassed against his Hunkar, but still has not been able to take his love out of his heart. After learning from Hiram, Sultan Abdulhamid made a decisive decision on the fronts of the war, but Hiram will continue to betray. Mahmud Pasha wants to take a secret document that Hunkar holds. Theodor Herzl wants to buy land for the Zionist state to be established, but Sultan Abdulhamid never gives up his homeland. Bidar Sultan is in trouble because of his brother but she tries for his brother’s forgiveness.

The war is about to begin and Mahmud Pasha is marching towards the gallows because of his betrayal. Sultan Abdulhamid prepares to make a move against the Greeks used by the British. Prince Sabahaddin tries to save both his father and his mother. Theodor Herzl is looking for his father, but his father is in Hunkar’s hands, which stops Theodor Herzl’s plans. Sara and Emanuel Karasu want to leave the capital together, but their love will be half-finished.

Without Ads permanent access to watch Payitaht Abdulhamid Season 1 with English & Urdu Subtitles can be achieved by subscribing membership by clicking blue button.

But who can’t subscribe and searching for watching Payitaht Abdulhamid Season 1 with English Subtitles free of cost, they should click below green button.

But who can’t subscribe and search for watching Payitaht Abdulhamid Season 1 with Urdu Subtitles free of cost, they should click below green button.