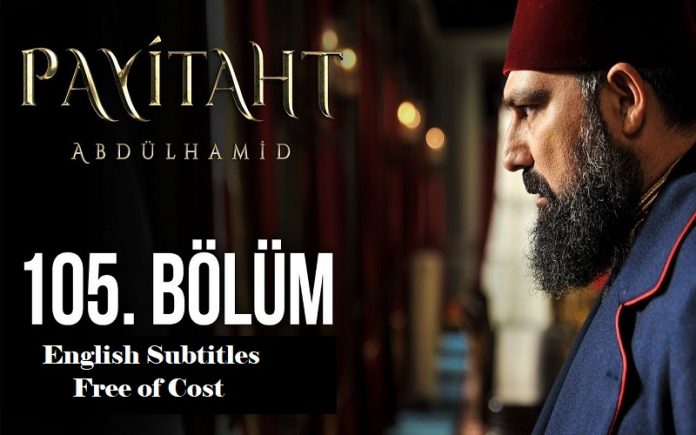 Gustav Efendi’s son Vladimir is caught while buying medicine and is brought in front of Sultan Abdulhamid. Hunkar and Ahmed Pasha tell their plan to Gustav Efendi. Vladimir asks his father for help, but Gustav Efendi does not accept it. Tatar Bey and other agents go to the port and try to save the ship. Zindanci and their men kidnap Prince Ferdinand. When Panitsa is about to kill Halil Halid, an order comes at the last minute. Zindanci changes his mind and allows the Prince to leave. Halil Halid kills Panitsa. Tatar Bey begins to suspect the man from whom Asaf received information. Zeki Pasha and Gustav Efendi will remain in detention in the palace until the facts are revealed. Madame Blavatsky learns that her plan has failed and Bidar Sultan is alive. Prince Ferdinand reads the letter he received on his way back to his palace and learns that a king will soon be killed. Halil Halid and Ziya Sami are surprised when they learn this.

Asaf tells other agents that Prince is back. At the request of Hunkar, Ahmed Celaleddin Pasha tells everything he knows about Vladimir. Doctor Andre Efendi will take Gustav’s blood and examine it. By the decision of Hunkar, Zuluflu Ismail Pasha is elected as a commission member. Meanwhile, Karasu is still missing and Sultan Abdulhamid asks him to be found as soon as possible. Selim Pasha goes to a secret room in the palace and meets Karasu there. Karasu wears a soldier uniform and thus thinks that he can hide more easily in the palace. Bidar Sultan is anxious and upset about what Abdulkhadir did. Meanwhile, Shehzade Abdulkhadir comes and denies the charges against him.

Bidar Sultan asks him what he did with the enemies, but Shehzade tells him that he went there only to listen to them. Bidar Sultan asks who left that message paper, but cannot receive an answer. After Shehzade Abdulkhadir talks about his father, Bidar Sultan slaps him. Sabahaddin and Zuluflu Pasha meet and plan to save Gustav Efendi. Dr. Andre prescribes medication for the treatment of Vladimir and takes a blood sample from Gustav Efendi. Sabahaddin goes to Frida and asks her for help to save Zalman. Selim Pasha takes Karasu to his room and hides him there. Seeing this, Ahmed Pasha enters the room but cannot see anyone. Bidar Sultan regrets and gets upset because of the slap she threw. Madame Blavatsky captures photos of Bidar Sultan.

Hunkar calls Bidar Sultan and asks her about the events. But Bidar Sultan hides the truth and lies. The doctor from Paris examines Mehmet Efendi and says he can walk again. Meanwhile, Cemile Sultan is a little dizzy. With the order of Hunkar, all buildings and rooms of the palace begin to be searched one by one. The soldiers enter Selim Pasha’s room, but there is no one there because Karasu has already gone to hiding somewhere else. Sad about her son, Bidar Sultan is now even more upset because she is lying to Hunkar. Russian and British ambassadors come to see Hunkar. The ambassadors coming to the palace openly threaten Hunkar because of the Baghdad railway. Cemile Sultan comes to visit Madame but falls asleep on the sofa due to her fatigue.

Mahmud Pasha says that the documents about Zeki Pasha are correct, but there is no other evidence. Hunkar warns Pashas to be careful. Hunkar will establish a company to build the railway. The general manager of the German Bank will be the investor of this company. According to Hunkar’s plan, the shares of this company will be offered to the public and thus enough money will be found for the railway. Shehzade Abdulkhadir will take the duty while Mehmet Efendi is on treatment. Prince Ferdinand tells what he knows about the warlord and says he has to do what he says.

Zuluflu Pasha tells Selim Pasha that Andre must be eliminated. Meanwhile, Selim Pasha’s memory begins to come back and he cannot recognize Zuluflu Pasha. Selim Pasha wants to see Hunkar, but Ismail Zuluf faints him. Hunkar goes to Zeki Pasha and drinks coffee with him. Zeki Pasha first denies the charges against him, but then reads the secret message on the coffee cup. After this incident, he lies and accepts all the charges against him. Zindanci and Prince Ferdinand talk about the uprising. Then Zindanci gives another letter to the Prince.

Zuluflu Ismail Pasha goes to see Sabahaddin and Frida. Halil Halid secretly opens the Prince’s drawer and learns that the Serbian king will be killed. Zuluflu Pasha tells that Selim Pasha’s memory is back. Frida makes a plan to find out where her father is. After talking to Zeki Pasha, Hunkar takes a decision and establishes a lending institution for high-ranking officers. Asaf and Halil Halid meet secretly in the forest. Halil Halid tells that the Serbian king will die and that he knows about the rebellion. Meanwhile, Soghutlu comes to them and accuses Halil Halid of being a traitor. Halil Halid slaps him and Soghutlu understands the truth. Tahsin Pasha brings an envelope to Hunkar and there are photos of Bidar Sultan in this envelope. Madame Blavatsky and the doctor talk and Madame says that Mehmet should go to Paris. Hunkar and Shehzade Abdulkhadir have a conversation. Zuluflu Pasha puts to sleep Selim Pasha again.

The committee meets to talk about the railway. After the speech of Zuluflu Ismail Pasha, the committee doubts about the privilege to be given to the Germans. Then Zuluflu Pasha visits Gustav and Vladimir. Pasha asks the drug needed for Selim’s memory and Gustav gives him the necessary information. Gustav Efendi, who took Frida’s medicine from Zuluflu Pasha, immediately injects the medicine into his body. Bidar Sultan wants to see Hunkar, but Hunkar does not accept her. Zindanci, Halil Halid, and Ziya Sami set out and wait for the Serbian king. Mahmud Pasha tells what was spoken in the commission to Hunkar. Naime and Bidar Sultan talk about telling the truth to Hunkar. The doctor comes back to the palace and tells that Mehmet must go to Paris. Mehmet does not want to leave his mother alone. Dilruba is caught searching for Meziyet’s notebook. Meziyet goes to Shehzade’s room to explain this incident to Shehzade Abdulkhadir, but at the last moment, she changes her mind. Madame comes to the palace and tells Gulcemal that she should stay in the palace. Bidar Sultan writes a letter to Hunkar and apologizes.

Naime comes to Abdulkhadir’s room and talks to him, but Abdulkhadir does not like this conversation. Zindanci, Halil Halid, and Ziya Sami wait in the forest to catch the Serbian king. Meanwhile, Tatar Bey and other agents plan to kidnap the king. Meanwhile, Selim Pasha wakes up and sets out to see Hunkar. Zuluflu Pasha learns this and takes action immediately. Selim Pasha goes to Karasu, but Zuluflu Ismail Pasha comes to them. Bidar Sultan receives a gift from Hunkar. Hunkar sent a red carnation and this gift shows that Hunkar’s heart is broken. Naime goes to see Abdulkhadir again but cannot find him in his room. Shehzade Abdulkhadir wrote a letter describing everything and left the palace. Dr. Andre’s test ends and it turns out that Gustav Efendi is poisoned.

Andre leaves his lab to see Hunkar as soon as possible. Hunkar takes Gustav and goes to his room to find out the results of the test. Meanwhile, Selim Pasha sees Andre and takes him to the warehouse of the carpentry. Conflict occurs between IMRO and the Serbian king’s soldiers. There is a fire in the warehouse where Andre is located. Selim Pasha changes the blood samples of Gustav. Ahmed Pasha tells the news of the fire to Hunkar. Halil Halid kidnaps the Serbian king’s car and takes it to another place. But when he opens the car door, he sees that the king and his wife are already dead. Ahmed Pasha says that there were two burnt corpses in the warehouse and that these corpses could belong to Andre and Karasu.

Without ads, permanent access to Payitaht Abdulhamid Season 4 Episode 105 and many more can be achieved by subscribing membership on Multipoint TV by Clicking below button.