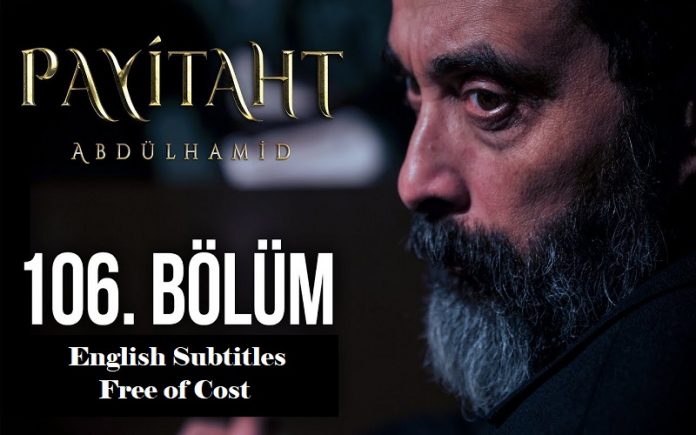 Ahmed Pasha says that the bodies in the warehouse may belong to Andre Efendi and Karasu. Sultan Abdulhamid is surprised by this situation and asks Ahmed Pasha to investigate this situation. Selim Pasha, who wanted to explain something before the fire, disappeared. Naime comes to her mother and tells that Shehzade Abdulkhadir has left the palace. Bidar Sultan blames herself, but Naime says that she said bad things to Abdulkhadir. Bidar Sultan goes to Hunkar, but Hunkar says he is not available. Halil Halid tells the Prince that the Serbian king has died, but says that this decision was wrong. After that, a discussion arises between them and Prince dismissed Halil Halid from the duty. Zindanci talks about the assassination and riot. Doctors take blood samples again from Gustav. Zindanci asks about Halil Halid and does not want to lose him. Tahsin Pasha tells the death of the Serbian king to Hunkar. Now things will get even more complicated in the Balkans. Ahmed Pasha asks permission from Hunkar to take more stringent measures after the latest events. Hunkar allows Ahmed Pasha. Selim Pasha secretly takes out Karasu from the palace.

Bidar Sultan tries to talk to Hunkar about Shehzade Abdulkhadir, but Hunkar already knows everything. Gulcemal and Dilruba plan about Cemile Sultan. Naime and Bidar Sultan talk about Hunkar. Meanwhile, Shehzade Nureddin comes and asks about his big brother. Vladimir and Gustav speak for the last time and Vladimir asks what to do. Gustav Efendi tells him to wait and be patient. Vladimir has a dream, and it is a Jewish state on the Palestinian territory. Ahmed Pasha comes and tells that he will send Vladimir into exile. Ziya Sami is angry at what his brother said, but Halil Halid does not change his mind. While Gulcemal collected Mehmet’s belongings, Cemile Sultan fainted. Gustav Efendi and the doctors come to Hunkar’s presence. Karasu comes to the office and talks to Frida and Sabahaddin there. Doctors say that there is no poison in Gustav’s blood, and Gustav is released.

Mehmet wants to postpone his departure due to his mother’s situation, but Gulcemal objects to that. Mehmet will go to Paris alone and Gulcemal will stay with Cemile Sultan. When Tatar Bey and spies are talking in the forest, Halil Halid comes. Halil Halid tells that he is on a secret mission by order of Hunkar, but Ziya Sami sees them talking. Halil Halid begins to chase his brother and catches him. Selim Pasha comes back to the palace and says that he has gone because he had stuff in Pera. Then he lies about Andre Efendi. Hunkar does not believe him and says that a lie is hidden in his eyes. Hunkar makes a plan for the railway. According to this plan, Mahmud Pasha will speak to the British and Zuluflu Ismail Pasha will speak to the Russians. Pashas will act according to this plan to see the moves of other states. Tater Bey questions Ziya Sami to find out the time and place of the rebellion. Gustav Efendi and his friends meet secretly. In this meeting, they talk to eliminate Abdulhamid and stop the Baghdad railway. In this meeting, Zuluflu Pasha tells everything that is spoken in the palace. Gustav Efendi prepares two plans.

Sabahaddin and Karasu will raise the public to get back into the game. Sultan Abdulhamid calls Ismail Hakki Bey to determine the route. Ismail Hakkı Bey will identify the villages, towns, and cities where there are Turkmens, so the route of the railway will be determined. Gulcemal visits Madame Blavatsky and tells her about the events in the palace. Meanwhile, Anna comes and tells that the excavation has stopped. Mehmet talks to his mother and tells that Gulcemal must stay with her when he will be in Paris. Mahmud Pasha goes to the British embassy and talks to the ambassador. Mahmud Pasha mentions that he likes British trains very much and immediately encourages the British to participate in the tender. Mahmud Pasha and the British ambassador negotiate for a fee. Halil Halid and his men set out to capture the flag. Zuluflu Pasha and Selim Pasha learn what Ismail Haddi Bey did about maps. Hunkar learns the criticism written in newspapers.

Zuluflu Ismail Pasha comes to Gustav Efendi and tells what he learned about Ismail Hakki Bey. According to Gustav’s plan, Payitaht will be struck, and the head of the German Bank will be greeted by a horrible crowd at the port. Halil Halid and the agents come to a warehouse and capture a map. Ahmed Pasha and Ismail Hakki Bey will go to Tophane and they will receive a book from a dervish there. The German Bank manager comes to Payitaht but cannot get out of the ship because of the crowd at the port. Zindanci tells what happened in the warehouse to Prince Ferdinand. Meanwhile, Halil Halid comes and talks about Ziya Sami. Mahmud Pasha and Tahsin Pasha come to the palace and tell what happened at the port to Hunkar. Frida comes to the office. Gustav Efendi assigned a task to the women’s society founded by Frida.

Hunkar and Pashas look for a way to take the bank manager off the ship. Halil Halid is angry with his brother, but Ziya Sami does not regret it. Ahmed Pasha and Ismail Halkki Bey wait in the lodge (Tekke, Khanqah) to get the book. Meanwhile, Selim Pasha enters the lodge in disguise and stabs one of the dervishes. Halil Halid and agents search gang members on the path Ziya Sami shows. After the dhikr is over, the dervish can no longer bear and pass away. Naime writes the story she heard from her mother and Zulfet Kalfa. Mahmud Pasha and Tahsin Pasha go back to the harbor and warn the people there. But the crowded group does not listen to Pashas. A conflict occurs in the forest and Ziya Sami escapes from this opportunity. Ahmed Pasha and Ismail Hakki Bey return to the palace and tell what happened in the lodge to Hunkar. Then Mahmud Pasha comes and tells that the young people at the port will not leave. Halil Halid and agents catch Ziya again.

Meanwhile, Zindanci and Prince Ferdinand talk about the new state to be established. Ahmed Pasha and the cops arrive at the port. The cops try to stop the crowd, but a man Gustav has placed inside the cops shoots into the crowd. Meanwhile, Mehmet and Bahar leave the palace and set out for Paris. Halil Halid makes a plan to stop the rebellion in Krushevo. Bidar Sultan leaves the palace and goes to the hut in the forest. Halil Halid meets with Zindanci and waits for flag delivery. Zindanci makes a speech and says that a republic will be established in Krushevo. As the Turkish flag is lowered, Halil Halid pulls his gun and kills Zindanci. Turkish soldiers come and catch gang members. Naime comes while Hunkar and Nureddin work in the carpenter workshop. Naime brings the story she wrote to Hunkar and asks him to read it. Halil Halid comes to the palace with Ziya Sami and warns Prince Ferdinand for the last time. Prince tries to arrest Halil Halid, but he shows the order written by Hunkar. Madame Blavatsky calls Anna and tells that an explosion will be made to continue the excavation work.

There will be explosions at the same time in the tunnel and a hotel located on the street above the tunnel. Meanwhile, Naime will go to this hotel to meet someone. Gustav Efendi took George and went to the palace together. Madame Blavatsky sees Naime entering the hotel but does not stop the explosion. Tahsin Pasha comes to Hunkar and says that the government offices are closed, the officers are not going to work and the shopkeepers are closing their shops. Hearing these, the German bank manager says that under these conditions, he cannot become a partner for the railway. What will happen to the railway now? Is Naime going to die? What is Gustav Efendi going to do more?

Without ads, permanent access to Payitaht Abdulhamid Season 4 Episode 106 and many more can be achieved by subscribing membership on Multipoint TV by Clicking below button.