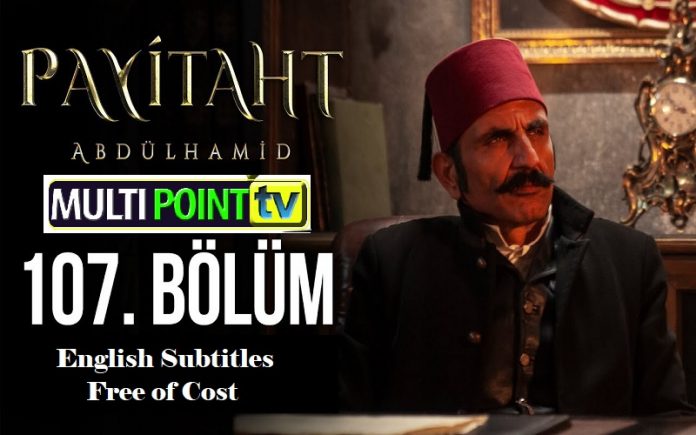 German Bank manager George Efendi abandons the railroad business due to objections at the port. Naime Sultan enters the hotel that will explode. But Gulcemal immediately enters the hotel after her. Seeing this, Madame Blavatsky orders to stop the explosion to save Gulcemal. Meanwhile, Naime Sultan and Gulcemal are waiting to meet with Shehzade Abdulkhadir at the hotel, but Shehzade has already left the hotel. Anna catches up at the last moment and stops the explosion. Hunkar must find the money for the railroad business. Hunkar will take risks to change George Efendi’s decision. Mahmud Pasha will try to convince the British to cooperate for the railway. Mr. Zalman and his men make plans to maintain chaos in the city and to learn the railway route. Halil Halid comes to Payitaht and tells everything that happened to other agents. Sultan Abdulhamid sends Zulfet Kalfa to take Bidar Sultan from the hut and bring her back to the palace. After the death of the dervish, Hunkar must wait for the sign to come to reach the secret.

Zalman will show the wrong way to prevent Abdulhamid from reaching this secret. Halil Halid goes to the palace and tells his duties to Hunkar. Karasu and Sabahaddin come to Frida and ask her to lie more to women in the association. Hunkar decides to give raise and give gifts to government employees. Mahmud Pasha will speak to George Efendi and tell him that partnerships between the two states may end. Makhtar takes a clerk in the post office to a place by car. Zuluflu Ismail Pasha comes to Mahmud Pasha and asks him what is going on. Mahmud Pasha tells him what to do about the Germans and state officers. Makhtar kills the officer in the forest. Bidar Sultan comes back to the palace and talks to Naime. Meanwhile, Hunkar calls Bidar Sultan. Bidar Sultan goes to Hunkar. Hunkar tells why he did not come to the hut in the forest and tells Bidar Sultan not to go far to wait. Hunkar will forgive Bidar, but Bidar Sultan must wait for this. Zuluflu Pasha comes to Zalman and tells the moves of Abdulhamid.

Zalman is looking for a new move. Ahmed Celaleddin Pasha comes to the palace and informs Hunkar about the killed officer. Zalman decides to attack the Ottoman mints to dry Abdulhamid’s source. Madame Blavatsky learns that the bomb they placed in the hotel was found by the police. Meanwhile, Cemile Sultan comes to the Society to visit Madame. Madame Blavatsky is very angry and shouts because the plan failed. Cemile Sultan hears Madame’s shouts and asks what is going on. Madame panics and lies. Halil Halid takes Ziya Sami into the garden and forces him to confess everything. Ziya Sami confesses to killing his family and therefore does not regret it. Cemile Sultan will tell everything to Hunkar. Hearing this, Madame Blavatsky is surprised and tries to change her mind. Ahmed Pasha goes to the crime scene and talks to the police. On the forehead of the body is a reverse tulip, drawn with a knife. Another police come and tell Pasha that there are two more murders. Mr. Zalman is happy about what Makhtar is doing. Madame calls Marco to silence Cemile Sultan. Mahmud Pasha goes to George Efendi and gives him a file. George Efendi does not believe that the partnerships will decline, but Mahmud Pasha says he does not know what an Ottoman Padishah can do. Ahmed Pasha goes to the other crime scene and finds a button in the dead body’s hand.

Halil Halid brings Ziya Sami to a square and put the rope around his neck. When Ziya Sami is about to die, a group of men come and stop the execution. The men say that they have come to take Ziya Sami and that they will not go without him. Seeing the explosives, Halil Halid lowers his weapon and lets Ziya Sami go. Hunkar will use his own money to show the British that they are economically strong. Also, other Pashas and officers will deposit everything for the railway. Dilruba and Gulcemal talk about Shehzade Abdulkhadir. Meziyet hears what Dilruba says about Shehzade. Tatar Bey comes but says that he has not found any information. Ziya Sami talks to his kidnappers. Ziya Sami hears the name of Yanik but does not recognize him first. Then he remembers his childhood friend and starts waiting. Tahsin Pasha informs the other Pashas about fundraising. Ahmed Pasha comes to Hunkar and informs him about the murders.

Ahmed Pasha shows the button he found to Hunkar. This button is the sleeve button of an outfit worn by Pashas. Tatar Bey comes again and this time gives the name of Yanik Kasim. Gulcemal talks to Cemile Sultan and what Cemile Sultan says deeply affects her. After hearing, Meziyet talks to Dilruba and tells that she will explain everything to Shehzade Abdulkhadir. Zulfet Kalfa brings the meal made by Bidar Sultan to Hunkar, but Hunkar does not want it. While Bidar Sultan was thinking that Hunkar won’t eat with them, Hunkar comes to the dining table. Halil Halid and his men go to the ground to search for Yanik Kasim and question someone from there. Madame Blavatsky gets angry at Gulcemal because of the hotel plan. Gulcemal learns that Cemile Sultan will be killed. Halil Halid attacks the warehouse where Ziya Sami is located, but Ziya Sami escapes at the last minute. Bidar Sultan talks to Hunkar and asks for permission to go to the opening of the soup kitchen. Gulcemal tells Cemile Sultan to rest and not go to the opening, but Cemile Sultan does not accept this.

Halil Halid announces he has returned to Payitaht and will help people. British Ambassador comes to Zalman and talks about the railway. He says that Sultan Abdulhamid and Pashas put all their money on the railway. The British state wants to intervene immediately and become a partner. The Ambassador says this is a matter of safety of the British state, not of global capital, and set out to go to Abdulhamid. Halil Halid tries to understand how Yanik did these things. The footprint taken from the crime scene is the same as the boot model worn by Pashas. Hunkar and Ahmed Pasha think that a Pasha might have committed a crime. Ismail Hakki Bey comes to Hunkar with the sign he found. Grun comes to Zuluflu Pasha and asks for help from the mint raid. Hunkar finds the interview place using the sign. Halil Halid has a meeting to learn about Yanik and Ziya Sami comes to this meeting. George Efendi learns that the British ambassador has gone to the palace. The events between Halil Halid and Yanik comes out. Bidar Sultan and Cemile Sultan go to the soup kitchen opening. One of those who come to eat secretly gives Cemile Sultan a message about her husband.

The British ambassador comes to the palace and says they want to be a partner in the railroad business, but Hunkar does not accept it. Hunkar says he will choose the best among the offers to be made. Cemile Sultan does not feel well and tells that she will go to one of the rooms in the house to rest. But this is a lie and Cemile Sultan leaves the mansion to see her husband. Zeki Pasha, who is in the dungeon, tells Hunkar that he will use all his money and his legacy from the father for the railway. Zalman is preparing for the attack. As Ismail Hakki Bey prepares to go to the meeting place, Ahmed Pasha comes and tells that he will accompany him. Halil Halid goes to the merchants and says that he will help them. But most traders do not believe him. Zalman and Makhtar prepare the men who will attack the mint. Cemile Sultan goes to the place where she will meet her husband. Meanwhile, Naime and Gulcemal realize that Cemile Sultan has left the mansion. While walking towards a small house, Cemile Sultan falls into the hidden trap on the ground.

Bidar Sultan wants to notify Hunkar, but Madame mentions the message that came to Cemile Sultan to stop her. George Effendi comes to the palace to see Hunkar and says his offer. Halil Halid and agents attack where Ziya Sami is and catch him. Zalman enters the Ottoman mint. Ismail Hakki Bey and Ahmed Pasha go to the meeting place and Makhtar explodes the building while they are still inside. Halil Halid says that he will execute Yanik’s men one by one and takes Ziya Sami to the gallows. Ziya Sami dies. Tahsin Pasha tells Hunkar that the mint was captured by a gang and that the meeting place exploded while Ismail Hakki Bey and Ahmed Pasha were inside.

Without ads, permanent access to Payitaht Abdulhamid Season 4 Episode 107 and many more can be achieved by subscribing membership on Multipoint TV by Clicking below button. 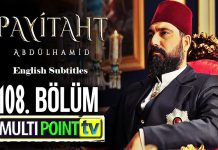 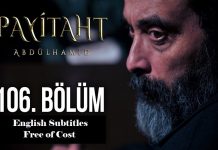 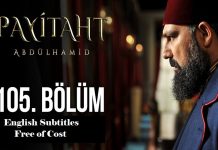 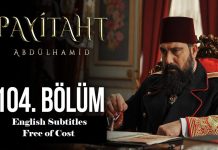 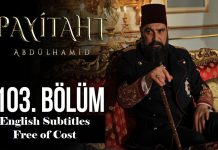 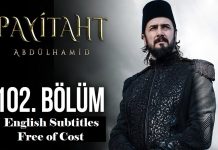 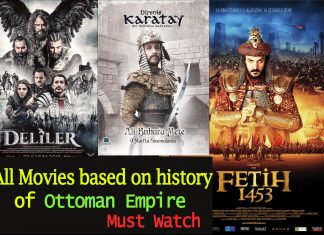 All Movies based on the history of the Ottoman Empire |...