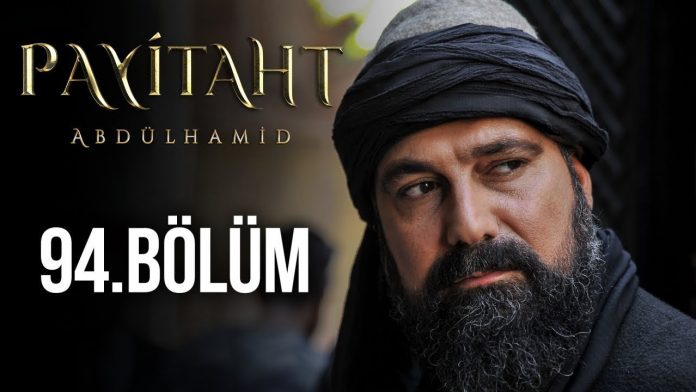 Ottoman Empire was founded in 1299, the vast empire included Europe, Northern Africa, and the Middle East. Many prominent rulers ruled this great Empire and left a remarkable history for the world to remember.

Abdul Hamid II, a renown and last Sultan of the Ottoman Empire, was born on 21st September 1842 in Istanbul, Turkey. He was well educated, religious, gracious and generous man. He spent his early years through the “Tanzimat” reform period. Among Ottoman Sultans he ranks 34th sultan and 26th in Caliphs. Unlike his predecessors, Abdul Hamid II traveled to different countries nine years prior to taking the throne.

Abdul Hamid II took the throne on 31 August 1876. Ottoman Empire was handed in the crucial financial state to him. The empire was bankrupt and unable to defend against its enemies, but he was received by people and the military very well.

He often used to visit shipyards and have dinner with the sailors. Attend Iftar banquets with Islamic scholars, visit wounded soldiers and prayed in public with his ministers. All these gestures were highly praised by the people.

During the reign of Abdul Hamid II, the empire was going through a rough patch. The rebellions of Bulgarians and Bosnia-Herzegovina which started in the previous regime went over to Serbia Montenegro. The Russian empire, already looking for an opportunity, supported these rebellions. Sultan Abdul Hamid II have to face a difficult situation, because of the rejection of the economical aid by European, in compressing these rebellions

Abdul Hamid II collaborated with the Young Ottomans to realize some sort of constitutional arrangement. This new form in his vision may help with Islamic claims to realize a progressive change. The young Ottoman’s claimed that the modern parliamentary system will be re-establishment of consultation practice or shura existed in early Islam. He signed the first constitution of the Ottoman Empire, Kanun-i-Esasi, the same year he came to the throne, on December 23. He laid the foundation of constitutional government. As per the constitution in three months elections were held and assemblies were opened by Abdul Hamid II on 19 March 1877. Sixty-eight Muslims and forth eight non-Muslims composed the assembly.

In 1877 British and Russian empire introduced the London Protocol, which was rejected by the Ottoman Assembly, as some of its articles were jeopardizing the independence of the Ottoman Empire. A formal war was declared by the Russian Empire against the Ottoman Empire on 24 April 1877 and followed by Russian victory in February 1878. Russian army succeeded in backing off the Ottoman forces to Constantinople, ending its influence in the Balkans. In the meantime the Ottoman assembly was ruled by chaos, firstly because of the deputies having their interest in their own nation’s problems and secondly few people disrespect Sultan Abdul Hamid resulting in the suspension of the assembly by Sultan

Romania, Serbia, and Montenegro were given independence by the Ottoman’s due to the Stan Stefano treaty harsh terms. A Greek fleet sailed to Crete, in early 1897 to conquer Ottoman’s rule on the island. The movement turned into war and Greek was defeated by the Ottoman Empire. A few months later Britain, France, and Russia took over Crete in the depot. Ottoman Empire lost Crete and Greek’s Prince George appointed as a ruler. Russia, Britain, and France strained relationship with the Ottoman Empire forced them to find an ally. Abdul Hamid found that friend in Germany. In 1899 the Baghdad railway was given to Germany which secured the alliance in world war 1, resulting in the dismantling of the empire.

Abdul Hamid II excelled in foreign policy and his prime objective was to protect the sovereignty and territorial integrity of the empire. He was keen on tracking the worldwide political developments. An intelligence center was developed in the palace where all the articles written on the Ottoman empire were gathered and reviewed by him. His primary goal was to guarantee a peaceful empire. The policy of Pan-Islamism was adopted by him to oppose Western intervention in the Ottoman empire. Paying the external debts of the previous Sultans gain priority in the economic policy. On December 20, 1881, a significant portion of the debts paid off, by signing an agreement with the European creditors.

Significant educational steps were taken in the Abdul Hamid II regime. Primary, secondary and high schools were opened throughout the empire. As well as the handicapped and military schools. Istanbul University, previously known as Darulfunun, was found in 1900. Using his personal finances he built Sisli Etfal Hospital and the Darulacaze nursing house. Abdul Hamid II has done remarkable work in the restoration of the Holy Cities of Makkah and Madina. He used everything in his power to protect these holy cities’ sacredness. A lot of schools, hospitals were set up with improved infrastructure for the security of the cities. The new water system, within Makkah, was installed to defend the city from floods. He started the Hijaz Railway system with tracks from Istanbul, Syria and up to Madina. To safeguard the Holy cities from any European invasion,  he ensured that these tracks are perfectly incompatible with European trains.

In many cities, the electric tramways lines were opened. Through Hejaz and Basra telegraph lines were set up and highways were extended. The three biggest Turkish clubs in football, Fenerbahce, Galatasaray, and Besiktas were founded in his reign.On April 27, 1909, Abdul Hamid II was disposed of, by a group of disappointed people, after 33 ruling years and sent to Thessaloniki with his family members. His younger brother Mahmud replaced him. After three years he was sent back to Istanbul to spent his last days.

Sultan Abdul Hamid II’s greatest tribute is that even today Muslims around the world look towards his works for inspiration. His office has radiated throughout the Islamic world political, financial, cultural and social influence. The Ottoman Fez is not only a hat for Turks but also for the Muslims of India, Egyptians, Moroccans, and Malaysians. His downfall was because he pursued his modernization program through a personal style that was criticized by the people.