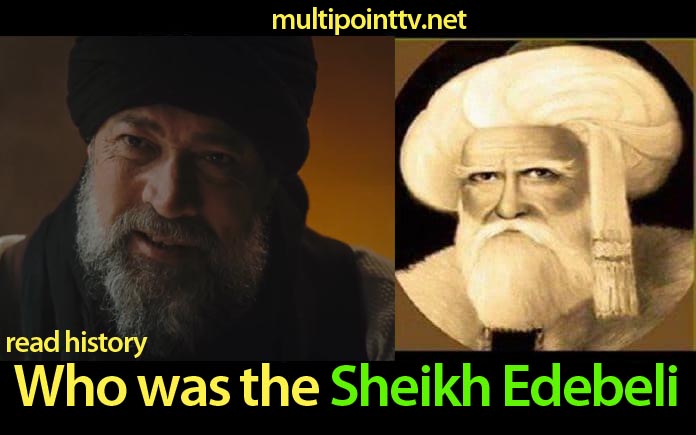 Sheikh Edebali and His Life

Sheikh Edebali also known as Balisheikh was born in 1206. Some sources tell us he was born in Merv, Turkestan, on the other hand, some say he was born in Inac village, Kirsehir. He started to take law lessons from a famous lawyer Necmeddin ez-Zahidi in Karaman then he moved to Damascus to complete his religious studies. After he came back to his country he has dedicated himself to religion and helping the people around him with his knowledge and his donations.

He has established a Zawiya (small Khanqah) in Bilecik. According to Asikpashazade (Dervish Ahmed), Sheikh Edebali’s zawiya was always busy with helping people and educating them in religion. He also says he never sent back anyone with empty hands who came to ask his help.

His location was close to the Kayi people and for this reason, Ertugrul Ghazi could communicate with him easily. Ertugrul Bey’s connection with Sheikh Edebali has helped Osman Bey in the future. After Osman Bey has grown up and became an Alp, he met with Sheikh Edebali in Bilecik. Osman Bey who loves and respects Sheikhs and Sufis ( practitioners of Sufism) had a lot of conversations with Sheikh Edebali. Osman Bey quite often visited him and asked his opinions and ideas about religion, politics, economy, and life.

Sheikh Edebali has continued Ahi tradition and support the Ahis. Ahi tradition comes from Ahi Evran who has established a merchant community with Haji Bektash Veli’s advice. This community has supported all the people who need help without discriminating against any race or any religion. Also, Ahis cared about fair trade and the community’s morality. They set up a lot of rules for fair trade and tried to build a better economy for everyone.

Osman Bey and Sheikh Edebali became closer and one day, Sheikh gave Ahmed Yasawi’s wooden sword to Osman Bey. This wooden sword has an important meaning for the Turks and Muslims. Whoever owns this wooden sword could become the powerful Hakan of the Turk tribes.

One night Osman Bey was a guest of Sheikh Edebali, at that night Osman Bey saw a dream. Osman Bey saw a moon that came out from Sheikh Edebali’s chest and entered Osman Bey’s chest. Then a tree has started to grow out in his body. That tree kept continued to grow and covered the whole word. Under that tree, there were mountains, forests, and rivers. Osman Bey told his dream to Sheikh Edebali and asked the meaning of his dream. Sheikh said Haq Ta’ala ( Allah SWT) has given the sovereignty to you and your lineage. It’ll be Mubarak. My daughter Rabia Bala Hatun is Halal for you so you can marry her. Osman Bey, after listening to his Sheikh’s comments about his dream, took Rabia Bala Hatun as his bride and they got married.

When the Ottoman Empire was established Sheikh Edebali became the first Ottoman Qadi (judge of a Sharia court) and Mufti ( Islamic jurist qualified to issue a nonbinding opinion on a point of Islamic law.) After Osman Bey passed away, Sheikh Edebali lived with his daughter Rabia Bala Hatun and his grandson Alaaddin in a small village in Bilecik but he never stopped helping the poor ones. Sheikh Edebali lived 120 years and died in 1326.

Here is Sheikh Edebali’s advice to Osman Ghazi which was used by the Ottoman Empire’s Sultans as an important legacy for more than six hundred years. 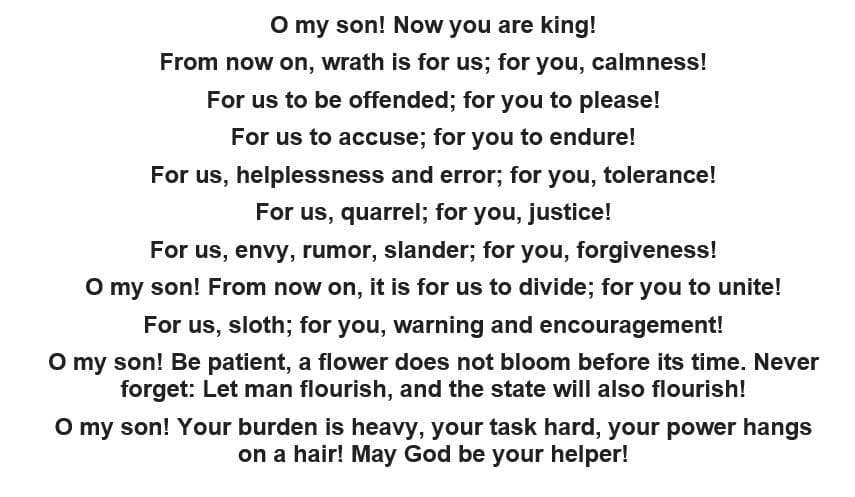