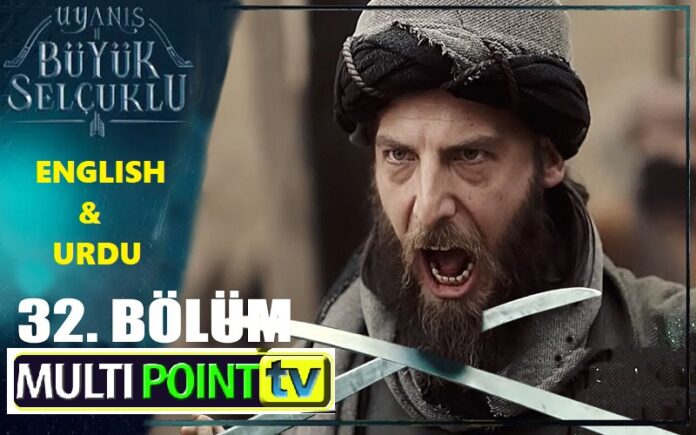 In Uyanis Buyuk Selcuklu Episode 32, Turan Shah comes to the city with his soldiers to seize the throne but can not see anyone in the palace. Meanwhile, Melik Shah and his soldiers come out of hiding. Melik says that Shah had caught Turan red-handed and that he will receive the necessary punishment. Turan says that he will take responsibility for his work and that he is ready to die if necessary. Turan says that Tekish worked with Hassan and caught them. Melik Shah asks Nizam to send troops to Shalamzar and seize the city. Tekish’s son tells that Melik Shah was playing a game and Hassan was caught. When the Sultan returns to the palace, he asks his sons to capture Hassan and Tekish. Sanjar goes to the place Turan said and sees that Mitras’ soldiers are also looking for Hassan. Mitras enters the cave to save Tekish and Hassan. Sanjar kills Mitras’ soldiers and enters the cave.

Tapar thinks something bad might happen to Sanjar and goes in search of Sanjar with some soldiers. When Sanjar goes to the cave, he sees that Mitras has already kidnapped Tekish and Hassan. Aydogdu attacks Mitras with a few soldiers. Faysal says that he killed Ayaz before and now he will kill Aydogdu. As Aydogdu is about to kill Faysal, Mitras attacks and kills him. Sanjar comes out of the cave and sees Aydogdu dead. Sanjar asks where Tapar is and gets angry with him. Sanjar says he no longer trusts Tapar. The Sultan goes to the dungeon and takes food to Turan. Turan apologizes for what he did and says that he did everything for the state. Sultan says that he will not make a decision about Turan until the Shalamzar issue is resolved. Hassan says that Melik Shah will attack Shalamzar.

Mitras says he will support Hassan and asks him to go to the city immediately. While talking with Terken, Sultan learns that Hassan and Tekish have escaped. The Sultan gets very angry and realizes that Mitras is going to Shalamzar. Hassan goes to Shalamzar and waits to use the Greek fire sent by Mitras. Sanjar returns to the plain for Aydogdu’s funeral. Some people in the plain get angry at Sanjar because of the martyrs. Sanjar swears that he will avenge anyone who dies and seize Shalamzar. Sultan learns that the soldiers he sent to Shalamzar could not enter the city because Hassan took over the city again. After the funeral, Sanjar and Tapar set out to go to the palace. Terken asks Tajul to work to make Sanjar and Tapar even more unsuccessful. The Sultan gets angry with his sons because of the dead soldiers and the loss of Shalamzar.

The Sultan tells his sons that they ruined an important task, but Sanjar opposes his father and tells him that he will take Shalamzar back no matter what. Sanjar says he has made a promise to take Shalamzar and asks his father for more time. After Sanjar talks to his father, he says he needs siege towers to conquer the city. Nizam says that he will talk about it to engineers, and Sanjar goes to the forest to prepare the materials. As Tapar leaves the palace to prepare soldiers, Gevher begins to give birth. Nizam tells Turan had good intentions and the Sultan forgives him. Gevher gave birth to a baby girl. Tapar is very happy and says he will do anything for his daughter. Tekish is worried about the towers that the Sanjar will build, but Hassan says he will kill the engineers who will build the towers. Hassan’s followers stab Isfizari and other engineers at the market.

While Melik Shah is visiting his granddaughter, Basulu comes to the palace. While Sanjar and the soldiers were preparing the wood to be used for the towers, news comes that the engineers were injured. Sanjar realizes that he cannot find another engineer to complete this job and thinks he cannot keep his promise. The Sultan finds out what happened to the engineers and orders Sanjar to return to his plain. Terken finds out that Sanjar failed once again and tells Tapar bad things about him. Sanjar goes to the plain but cannot see anyone there. A man calls Sanjar over and tells him that it is Seljuk Ghazi. Seljuk Ghazi tells how he established this state and says that he never gave up on Allah’s way. Seljuk tells Sanjar not to give up and gives him an arrow. Sanjar takes the arrow and aims to shoot.

Sanjar then wakes up and realizes that everything is a dream. The messenger sent by the Sultan arrives and says that Melik Shah will deal with the Shalamzar issue now, but Sanjar says he still has time. Sultan learns that Sanjar still has not given up. Nizam says that Sanjar acts like his father. Sanjar calculates and works to build towers all night. Chaka comes to the palace and starts talking to the Sultan. Chaka tells the lands they conquered with the help of the Sultan and thanks him. Hassan says that despite the injuries of the engineers, Sanjar is still trying to build the towers and asks Tajul for help. Sanjar and his soldiers finish the towers overnight and go to Shalamzar. Some soldiers suddenly fall ill while Sanjar recounts his plan of attack. Ali says the soldiers were poisoned.

Hassan sees something is happening to Sanjar’s soldiers. Sultan learns that Sanjar built the towers and is proud of him. After a short while, news comes that the soldiers have been poisoned and Sultan sets out to support Sanjar. Some soldiers tell Sanjar that they should return, but Sanjar says he will keep his promise no matter what and attacks the city alone. Hassan sees Sanjar attacking the city alone and asks his soldiers to use greek fire. Sanjar jumps over the fire and begins to fight Hassan’s soldiers alone. First Tapar and then Turkish soldiers come to help Sanjar. Sanjar kills some of Hassan’s soldiers and manages to enter the city. Hassan’s followers begin intense arrow shooting. 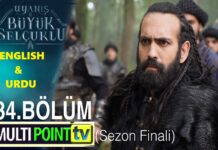 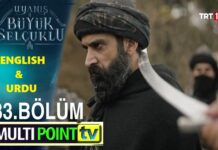 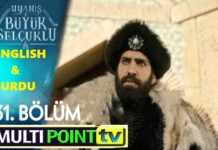 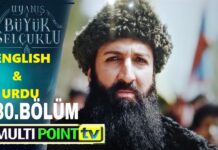 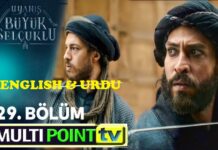 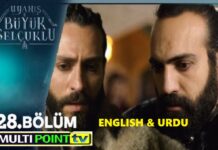