Vahyin Izinde series, which started to be produced in 2014, actually has documentary features. The main topics of the series are the birth of the Prophet (PBUH), His life, the emergence of Islam, and the difficulties experienced by the first Muslims. The script of the series was examined and approved by Turkish theology professors and an academic group created by Marmara University. The necessary care and effort have been shown to reflect reality as much as possible. Besides, a small copy of the cities of Mecca and Medina was built in Konya so that the series can reflect that period successfully. The series, planned as twelve episodes, is finished after the eighth episodes.

The series begins by explaining how people lived during the Jahiliyyah period. Most of the people who lived in this period lived a bad life. It was normal for people to bury their girls alive. Most people were slave owners or trading slaves. People living in such a period put the idols they worshiped inside and outside the Kaaba. There is someone expected to save these people and show them the right way. The series then briefly tells the audience how Kaaba was built.

One night, Hazrat Abu goes to Bilal ibn Rabah’s house and talks to him. Bilal asks questions about the Prophet (PBUH) and Abu Bakr answers these questions. Bilal is impressed by this speech and becomes a Muslim. The Prophet once again invites all His relatives to dinner. Hazrat Ali calls everyone to dinner again. Abu Lahab once again tries to silence the Prophet, but this time the Prophet begins to speak. The Prophet invites everyone to Islam, but no one accepts the Prophet except Hazrat Ali. The Prophet talks about Allah and tells His relatives how to worship. The Prophet says He is honest with his family and tells why everyone should be Muslim. Abu Lahab tries to get up from the table. Everyone listens to the Prophet and is happy with his speech. The days pass and the important people of Mecca are very uncomfortable with the Muslims. Muslims are now seen as a serious danger. The Prophet goes up a hill and calls out to the tribes in Mecca. The Prophet makes a speech and tells everyone about Islam.

Abu Lahab says that the Hajj (pilgrimage) period is coming and that he will now do everything against the Prophet (PBUH). The rich people of Mecca decide to speak to Abu Talib and make him warn the Prophet (PBUH). Muslims talk about Islam and the Prophet near the Kaaba, but the infidels of Mecca attack the Muslims. Abu Lahab and his wife throw stones at the Prophet’s house and put thorny branches in front of the Prophet’s house. Mecca infidels begin to attack the Muslims more and more with each passing day. Umayyah Ibn Khalaf captures Bilal and tortures him in public. The infidels torture Muslims and force them to worship idols, but Muslims resist. Bilal does not give up his decision and says that he believes in Allah.

Abu Lahab and his infidel friends do everything to make the life of Muslims more difficult. They can no longer control their anger and consider eliminating the Prophet (PBUH), but Muslims are aware of it. Muslims try to protect the Prophet (PBUH). The Prophet tells Muslims to be patient and stay strong. The rich people of Mecca force Muslims out of their homes and imprison them. Now, one of the hardest exams for Muslims begins.

You may watch Vahyin Izinde Full Series with English Subtitles by subscribing membership on Multipoint TV.

Those who are searching for watching Vahyin Izinde Full Series with English Subtitles Free of Cost, may watch here. Each successive episode of Vahyin Izinde Series will be uploaded here gradually. You may watch all the missed episode by clicking the link given below.

Donate the Translators to translate more historical Series for Free 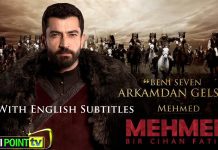 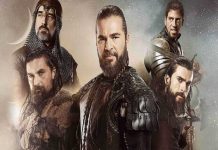 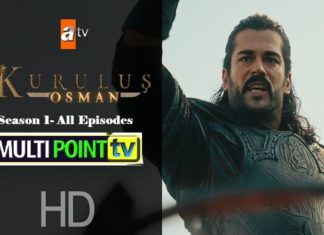