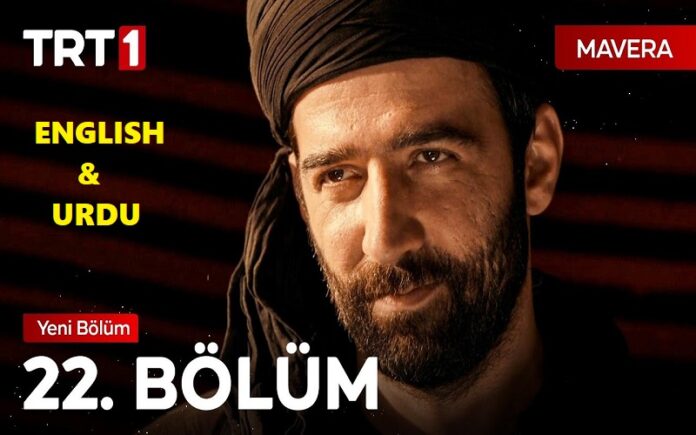 In Mavera Episode 22, The merchants are astonished that Atif came to the dervish lodge with his soldiers and Mahmud asks how Atif found the caliph. Ahmed says the other issues are unimportant since they protect the caliph. Pehlivan thinks that Atif learned about the caliph because of Leyla. Mustershid goes to the nomadic plain and sees his daughter. The caliph thanks the nomads for what they did and asks to give Aytolu gold as a reward, but she does not accept it. Soldiers take Atif to the dungeon. Dai says that Atif is out of the game, but they have already poisoned the Sazlik neighborhood. The doctor says that he did everything to make Necip heal. Shahsuvar is very panicked and immediately goes to Haje’s shop to ask for help. Ahmed and his friends go to the Sazlik neighborhood. Ahmed says he will pray for Necip and Shahsuvar begins to cry. Mustershid returns to the palace with his daughter and apologizes to her. The Caliph says that he is now healed and that he will punish the traitors.

Necip’s condition worsens and Ahmed tries to save him. Necip cannot take anymore and dies. Mustershid calls Atif and asks why he betrayed him. Atif says that he did not betray and that all this time he was just trying to protect the caliph. Mustershid says he knows everything and says that Atif’s punishment is execution. Atif asks the caliph to spare his life. The Caliph tells him that if he tells the truth and his partners, he will forgive him. Shahsuvar talks about what Necip said before he died and says that he will leave the Sazlik neighborhood. Ahmed stops him and tells him that he must be the man Necip wants, but Shahsuvar leaves the neighborhood. Haje then examines the other children. Mervan says that Baghdad is no longer safe for them because Atif is in the dungeon. Mansur and Khutluk come when Ahmed talks with the children. Khutluk asks how this disease occurred and begins to examine the patients. Saltukh goes to Hisam’s place to learn about the flour he learned from the tribal leader.

Hisam speaks to save his life and tells that someone paid a lot of money to buy this flour. Hisam attacks Saltukh while he leaves the shop, but Saltukh kills him. Ahmed goes to Necip’s grave that night and prays for him one more time. Saltukh goes to the Sazlik neighborhood and tells Ahmed that Dubeys killed Bedouin soldiers. Saltukh tells that Dubeys later bought the poisoned flour. Haje realizes that the bread in the neighborhood is poisonous and tells this to Khutluk. Several soldiers take Atif out of the dungeon. Haje goes to the Baghdad library with his friends and starts looking for a cure for his illness. Caliph learns that Atif has escaped from the dungeon and realizes that there are still traitors in the palace. Dai talks to Atif and says he will live. Dai asks Mervan to start a rebellion. The next day, Atif sends a message to Mervan and activates him. Ahmed realizes that Shahsuvar is still not coming to the neighborhood and asks Mahmud to find him.

Ahmed talks to the men who visited Necip’s grave and consoles them. Khutluk and Aytolu start to make medicine in the plain for the disease at Sazlik. Mervan starts talking to his followers and tells them that Atif is innocent. Mervan says that Hamadani treated them badly by expelling them from the dervish lodge and the caliph did bad things. Shahsuvar returns to the city while Mervan asks his followers to revolt.

How to Watch Mavera Episode 22 with English & Urdu Subtitles 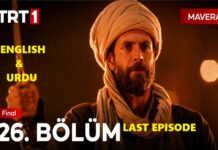 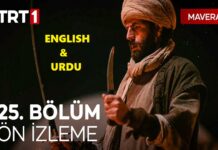 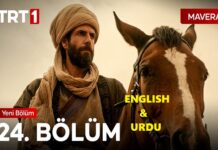 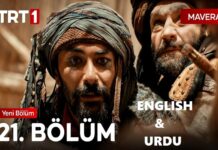 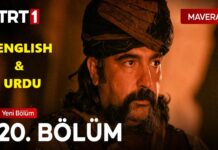