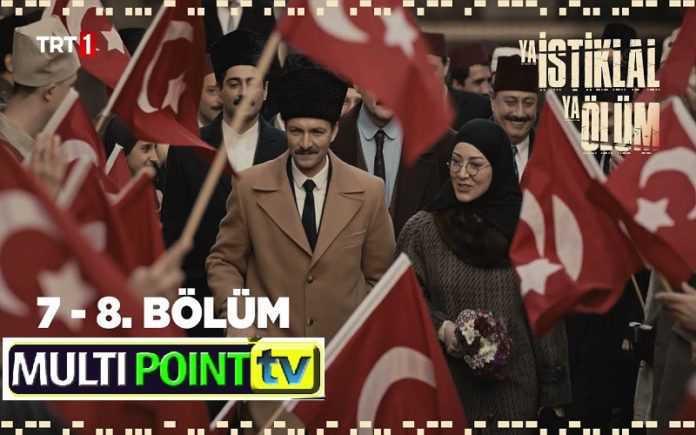 Ya İstiklal Ya Ölüm Episode 5 & 6 Review

In Ya İstiklal Ya Ölüm Episode 5 & 6, Topkapili takes Pandikyan somewhere by force. Pandikyan says that this job will create very bad results. Halide Edip learns about the location of her husband Adnan and sets off after taking her belongings. Sir Robeck is impressed by the work Sagir does and believes that he will successfully complete his new mission. According to this treacherous plan, Sagir will say that he has collected money in India and Rome and wants to give this money to Mustafa Kemal Pasha. Mustafa Kemal worries about the increasing number of opposing commanders and sends a telegram explaining the situation in Istanbul to the soldiers. Topkapili says that Pandikyan was born, worked and found a family in this land. Pandikyan listens to Topkapili’s speech and changes his side. Galip and Nazan meet once again in the park. Galip tells her that his intention is serious and continues to speak outright. Topkapili suggests that the British red cross should distribute food to the people and help the people. Nazan tells her father that Galip is a friend’s cousin and is looking for a job. Then her father wants to see Galip.

In Ya İstiklal Ya Ölüm Episode 5 & 6, Edip Bey and Ihsan Bey meet secretly and start looking for a machine for their new telegraph center. Halide Edip gets rid of the control of British soldiers and finds her husband Adnan. Now they have to use a new route because the British are increasing the number of soldiers. Mustafa Kemal Pasha learns the latest situation of those coming from Istanbul and takes new measures to protect his friends. Milne and Robeck talk about the latest arrests and decide to destroy the values ​​the Turks have. Riza Nur says that the government in Istanbul should work with those in Ankara. Fevzi Pasha asks him to explain the situation in Istanbul and to the representative committee that it is very difficult to work here. Riza Nur tells that Padishah is talking to Damat Ferit to form a new government. Kemal goes to the mosque with the Indian soldier Amar and talks to the Hodja. Then Amar says he has to do this to take care of his family. Topkapili repeats his plan to rob the weapon storage and learns that the Indian soldier is on their side. Sukru comes to Mehmet Akif and says that Mustafa Kemal Pasha called him to Ankara.

In Ya İstiklal Ya Ölüm Episode 5 & 6, Sagir goes to different cafes and tells people good things about the Ottoman. Sagir says that he has already collected aid for the rightful cause of the Turkish nation and is assigned to give this money to Mustafa Kemal. Mustafa Kemal Pasha talks to Fuat Pasha about objections to the election and the new parliament. The British Red Cross tries to distribute meat on the street, but nobody takes it. Topkapili talks to the public and convinces them. Mustafa Kemal and Fuat Pasha think that the route of those coming from Istanbul was told to the British by someone. Topkapili and his friends take action to start a warehouse robbery, but Osman makes noise when opening the door. Fuat Pasha says they need to be more patient to convince the commanders.

In Ya İstiklal Ya Ölüm Episode 5 & 6, British soldiers check the back door of the warehouse but cannot find anything. Sagir continues to talk to people to take his aid to Anatolia and says that he will establish a Turkish-Indian charity association. After the soldiers on duty are gone, Topkapili and his friends take out the weapons in the warehouse with a coffin. Mehmet Akif takes his son with him and sets out to go to Ankara. Mustafa Kemal goes to Fuat Pasha and talks about the rebellion in western Anatolia. Anzavur is responsible for this rebellion and Damat Ferit supports this rebellion. Meanwhile, a telegram coming to Mustafa Kemal Pasha gives information about Mehmet Akif and Halide Edip. Milne and the British are disturbed when an Indian Muslim leader sends a telegram asking the Ottoman Sultan not to sign an agreement that would harm the caliph. Ryan says that Mustafa Kemal has a very high chance of being successful against the Istanbul government and the Sultan. Milne tells that more serious and major measures must be taken. Then, Robeck says that Damat Ferit should establish a new government as the first job.

In Ya İstiklal Ya Ölüm Episode 5 & 6, Halide and Adnan understand that the British are getting closer to them and prepare to hit the road as soon as possible. Meanwhile, the telegram sent by Mustafa Kemal Pasha comes to them and they decide to go back to Adapazari and take the train. Galip visits Nazan’s family and talks to her father. Hikmet tells Galip that he will meet with him the next day to give him a proper job. Thanks to Ali Riza, what Sagir said spreads rapidly and a Turkish-Indian charity association is established. Sagir invites everyone to his home to talk about the association in more detail. Nazan’s mother doesn’t like Galip and thinks she’s lying. Topkapili and his friends put the guns in a car and start moving towards where they’ll hide them. Ryan comes back to Sublime Porte and makes another warning about Mustafa Kemal Pasha. Fevzi Pasha’s decision due to the pressure of the British disturbs the delegation in Ankara, but Fuat Pasha explains everything.

In Ya İstiklal Ya Ölüm Episode 5 & 6, Damat Ferit says that the British are disturbed by the government’s attitudes and that is why this government will not be long term. Ferit Pasha says that to protect the borders, the Unionists must be stopped and everything must be done to prevent harm to the peace talks. When Ferit Pasha begins to form the new government, he realizes that he will not be with the deputies. Galip meets Topkapili and tells him what Hikmet has said. Topkapili tells him that he will do anything to set up a job in Ferit Pasha’s mansion. Meanwhile, the deficiencies of the new parliament building are eliminated, but the budget of the representation committee ends. Robeck is very angry when he learns Mustafa Kemal seized the Ottoman Public Debt Administration’s funds in some parts of Anatolia and sent letters to banks to find more money. Milne then orders to write a warning letter to the chief of the Ottoman Public Debt Administration and send inspectors to its branches.

In Ya İstiklal Ya Ölüm Episode 5 & 6, Meanwhile, the Ottoman government responded to the British warning. It is understood from this article that the government officially supported Mustafa Kemal and the resistance. Galip goes to the mansion to meet with Hikmet, but due to the busy schedule, Hikmet tells him to come the next day. Meanwhile, the translator in the mansion turns out to be sick and Hikmet suggests Galip work as a translator. Robeck comes to the mansion and talks to Damat Ferit about the latest events. Robeck says that Ferit has to end the resisters before the parliament in Ankara opens. Damat Ferit says there is nothing to worry about and will be ready in a few days. Ferit Pasha hires Galip after Robeck leaves the mansion. While Topkapili and his friends load the guns on the beach, British soldiers stop them. Kemal says they have permission to do business, but the British still stop them.

Without ads, permanent access to Ya İstiklal Ya Ölüm Episode 7 and 8 and many more can be achieved by subscribing membership on Multipoint TV by Clicking below button. 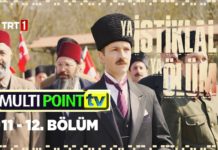 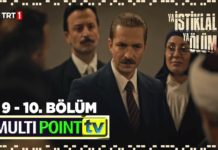 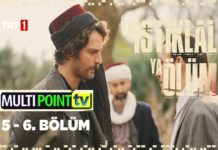 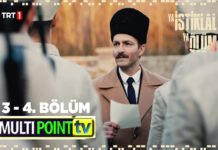 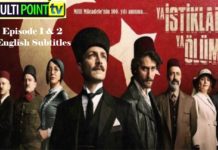