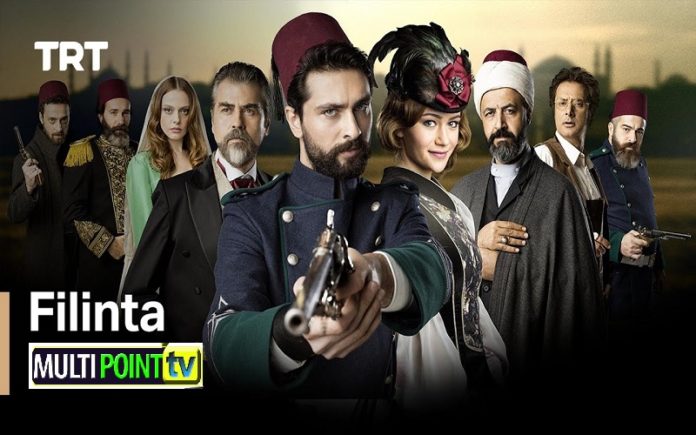 In Filinta Season 2, It turns out that the person responsible for the explosion of the police station is Skopje. At the order of Padishah, Filinta Mustafa, Qadi Giyasettin, Ali and Abdullah join a secret organization of the state. Davut Pasha will lead this organization. The aim of this secret organization is to stop the Supreme Council and Monastir who want to harm the Ottoman Empire. Meanwhile, Farah, who works for the Monastery, comes to Istanbul and Boris’s men help her. Padre, the leader of the monastery, makes treacherous plans. Qadi Giyasettin and his wife Ayse are shot. Their death drives Filinta Mustafa with great anger. Kenan Milos is looking for an alliance for the Supreme Council. Filinta Mustafa begins to think that Davut Pasha is hiding something.

In Filinta Season 2, Padishah’s and the new Qadi’s children are kidnapped. Filinta Mustafa, Davut Pasha, and Ali start looking for the children. At the same time, they kill Padre, the leader of the Monastery, and catch Farah. Sifahi, Rifle, and Bekri receive an offer to become free while they are in prison. An agreement is made to take children back in return for Farah’s life. After the death of Giyasettin, Supreme Council starts to look for a new target. Sureyya talks to Padishah about the bank and explains that she will support Boris.

In Filinta Season 2, Filinta Mustafa begins a fight with Maaruf to save the children. Meanwhile, Celal tries to save Farah. Abdullah reaches some clues and passwords about where the children are. Celal starts working as the new Padre and swears that he will take revenge for Maaruf’s death. Leyla tries to reach Farah’s past by using her subconscious to make Farah speak. The British and Germans come together and try to eliminate Sureyya and Boris to damage the Ottoman bank. But German ambassador Dietrich changes his mind. Boris prepares to build an arms factory on orders from the Supreme Council, but this suspects Padishah. Filinta Mustafa will work with Bekri, Sifahi, and Rifle (Tufek) to take the children.

In Filinta Season 2, Someone enters the British ambassador’s house and makes an offer to him. Celal sends his men to Filinta’s house to find Farah. Boris makes a speech on the bank’s board of directors to build an arms factory. Filinta Mustafa tries to catch someone in Ali Bezm-i Alem, but Supreme Council also tries to find this person too. Sureyya receives an offer by an unidentified person to set up an iron factory. Padishah is angry that his children are still not found and warns Davut Pasha for the last time. A British agent attacks Boris and at the same time, Anita tries to kill Sureyya. Things get more complicated. Padre Celal takes back Farah and brings Leyla with her. Farah no longer sees herself as part of the Monastery. Esat Pasha dies and Riza realizes that it is his turn now.

In Filinta Season 2, Filinta Mustafa clashes with Padre to take the children back, but someone unexpected puts his gun on Padre’s head. Davut tells Farah that he will tell her past in exchange for helping Filinta. Ali calls Riza to enlighten Esat’s death. Boris also sends his men to find Riza. Filinta Mustafa and Leyla get married. Davut brings Farah to Filinta’s house. While Ali is reaching new and important information about Esat’s death, Filinta Mustafa is tasked with protecting Shehzade. People revolt against Padishah. Filinta and Ali pursue those who started this revolt. Filinta Mustafa suspects Shehzade Mehmet. Boris falls to the sea and dies, but Filinta does not believe it without seeing his dead body. Shehzade Mehmet’s betrayal is revealed and Padishah is considering making a death decision about him. Ali is worried about his family and therefore he decides to take his wife Sureyya to a safer place. Cemil takes Boris’s place. Farah wants to work at the headquarters to find her mother, learn her past, and work for the Ottoman. The evidence provided by Filinta is rejected by the court. Farah starts working at the headquarters, and Ruhi Pasha gives her a task. Nihan and Ustabey find a few pages from Esat’s book and try to decrypt them.

In Filinta Season 2, During the court, Leyla, Mustafa’s wife, is kidnapped. Filinta will either defend Shehzade Mehmet or save his wife Leyla. Filinta questions Shehzade Murat and tries to bring a surprise witness to the court. Farah tries to find Leyla. The information from Esat’s notebook surprises everyone. There are explosions in the Taksim Barracks and Farah tries to find the person responsible for this. Then there is an explosion in the telegraph house and this situation collapses the entire communication network of Istanbul. Padishah understands that someone wants to put the Ottoman into war and makes moves accordingly.

In Filinta Season 2, After the assassination attempts to Sheikh Bender, Padishah realizes that someone is leaking information in the palace and decides to strengthen the intelligence service. Finding these traitors becomes Filinta’s new task. Master Milos starts to worry and gives Padre Celal new powers. Master Milos turns out to be a traitor and therefore disappears. While Filinta Mustafa searches for him, after learning about the plans of Milos, Cemil sends information to Filinta by letter. Milos leaves Leyla for his position. It turns out that Leyla, Filinta’s wife has been a spy since at the beginning.

In Filinta Season 2, The putschists who want to depose Padishah shoot Filinta. Now Istanbul has become a dangerous place. Having learned about the latest events, Milos returns from Thessaloniki. Some Pashas are determined to overthrow Padishah and are considering putting Shehzade Murat on the throne. Meanwhile, Ruhi Pasha dies. As soon as Milos returns, he plans to kill Shehzade Mehmet as his first job. Filinta, Ali, Farah, and Shehzade come together and plan for the future. Filinta Mustafa saves both Shehzade Mehmet and Ali. Upon understanding that Sultan Murat could not manage the state, it was decided that Shehzade Abdulhamid would come to the throne, but Milos did not want it. Meanwhile, Akbar Eyyam comes to Payitaht and starts to question what Milos is doing. Abdulhamid Khan ascended the throne and became Sultan.

In Filinta Season 2, Akbar Eyyam orders to kill Filinta, Ali, and Farah, but he is not successful. Then Eyyam tries to use Sultan Murat. Although Milos is uncomfortable with this situation, he does not object to Eyyam. At the command of the Sultan, Filinta Mustafa and Ali begin to search for traitors in the state. Milos secretly plans to overthrow Akbar Eyyam. Qadi Sadullah and Lutfu Pasha are punished for people to receive lessons for their betrayal and crimes. The games played on Farah cause her to appear as a traitor. Rustu Pasha to save himself says that what Filinta did is illegal. Sultan Abdulhamid warns Filinta before his Shipyard Conference (Constantinople Conference) with England and Russia. Milos makes a plan by using Sureyya for Ali to find Eyyam.

In Filinta Season 2, Sultan Abdulhamid is extremely uncomfortable with the presence of a state within the state and therefore calls Pashas, ​​whom he trusts. Meanwhile, Rustu Pasha plans to wage war with Russia to become stronger. Akbar is caught while Milos plans for the assassinations. Sultan Abdulhamid wants to talk to Akbar. Akbar agrees to explain everything in one condition. Russian ambassador is assassinated to stop the Shipyard Conference. Truths about Farah are revealed, and she starts with Milos to become an informant working for the Ottoman Empire.

In Filinta Season 2, Milos makes false news telling that Ghazis died in the hospital explosion. Eyyam is released and plans to overthrow Sultan Abdulhamid from the throne. After the convergence of the British and the Russians, the Ottoman Empire began to meet with the Germans. Filinta and Ali capture the men of Milos and Eyyam. Upon this, Milos starts making plans to show Filinta as a traitor and catches Ali. In the final episode, Filinta has to fight the Masonic Guild to save Ali. Milos forces Filinta to make a choice, Filinta will either save Ali, Sureyya, the baby and Farah or save the Sultan. Filinta says he will join the Masons and earns time. The final episode, which contains many more surprises like this, farewell to the audience in an unforgettable way.

Without ads, permanent access to Filinta Season 2 and many more can be achieved by subscribing membership on Multipoint TV by Clicking below button.

Have you Enjoyed Filinta Season 2? 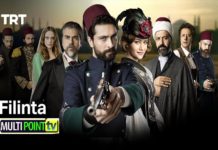 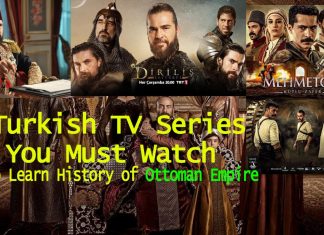 Top 6 Turkish TV Serials You Must Watch to Learn Ottoman...