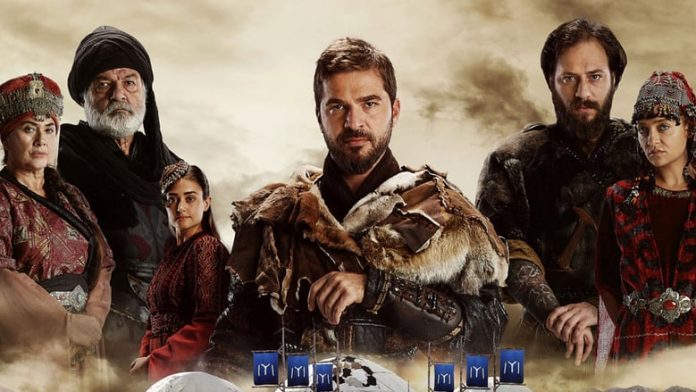 Dirilis Ertugrul is such an amazing and historical story and most adventure series from all other series. Engin Altan Duzyatan (Turkish actor) is playing a leading role in this series. It is officially premiered on TRT 1 and covered in Riva, a village in Beykoz in Turkey on December 10, 2014. In 13th century, historical-based show of the Muslim Oghuz Turks took place. It revolves around a Kayi tribe, the life of Ertugrul, the father of Osman I, who was the founder of the Ottoman Empire. In response to the Mongol attacks, Turk tribe decided to migrate from central Asia to another place. They settled in Anatolia with two thousand large nomad tents. After facing many difficulties in famine they decided to migrate from Anatolia to a batter place where they can start a new life.

Suleyman Shah the father of Ertugrul was leader of the Kayi tribe. Suleyman Shah has four sons, Gundogdu, Sungurtekin, Ertugrul and the Youngest one is Dundar. Sungurtekin was caught by the Mongols so Kayi tribe considered him dead. Hayme Hatun’s mother of Ertugrul didn’t believe. His two sons Gundogdu and Ertugrul were honest and they took part in tribal issues. Dundar was younger so he was not able to encounter such warrior issues.

Ertugrul (Engin Altan Duzyatan) used to go for hunting with his three nearest companions. Their names were Bamsi, Dogan, and Turgut. During a hunt they faced an incident of taking three prisoners by the Knights Templer. One of them tried to harass the prisoner girl her name is Halime Sultan but suddenly Ertugrul with his three friends came there and saved her. They also rescued her family. Ertugrul didn’t recognize the nationality of saved prisoners and brought them to his Kayi tribe. Halime didn’t reveal the secret of true identity due to the fear of being caught again. Ertugrul was fallen in love with Halime, daughter of the Seljuk and took her and her family to their own Oba. But in very short time Seljuk commander Kara Toygar came and demanded the three prisoners.

Oba Bey Suleyman Shah doubted, Karatoygar will recourse to other means when he doesn’t fulfill his request. Kayi tribe was also looking for a place to migrate. At last, after the decision to go to Aleppo, Suleiman Shah sent Ertugrul towards Aleppo to Emir el Aziz’s royal residence. Nasir who was the most trusted commander of Sultan Al Aziz was a traitor. Ertugrual exposed Nasir’s cleverness to Sultan. He opened his eyes while trying to protect the Sehzade from being tested in disobedience. At the end of season, Ertugrul and his companions captured the Templars palace and waved the Kayi flags on it.

How to watch Resurrection Dirilis Ertugrul Season 1 with English Subtitles

If you want to watch Ressurection Dirilis Ertugrul Season 1 with no ads and permanent access, then Click here. But if you are searching for free, the Click here, but there will be some ads and pop-ups. Read of the true history of all characters in Dirilis Ertugurl Season.

Click below to watch full Season 1 with English & Urdu Subtitles