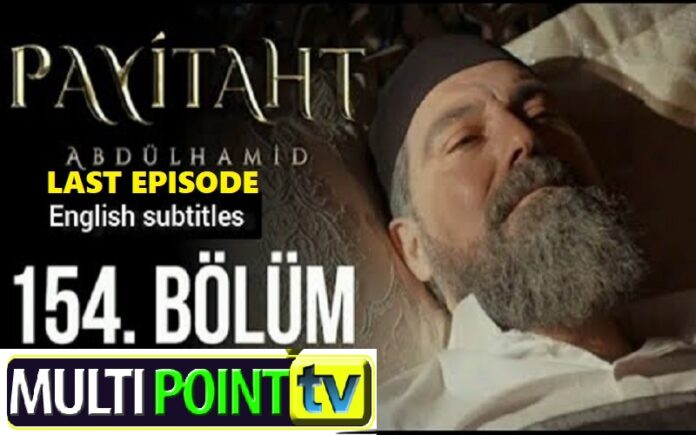 In Payitaht Abdulhamid Episode 154, Abdulhamid says that the meeting held in Reval will cause a great war and they will try to dethrone him. Hunkar says that no matter what happens, he will not give up working for his country and will serve his people. Fatma visits Aliye and prays for her recovery. Saliha says Mary was questioned but she is innocent. Shehzade tells that the Young Turks held a meeting in Paris and spread rumors that the Ottomans would lose Rumelia. Hunkar says they will try to remove these lies. Meanwhile, the Grand Vizier comes and tells Hunkar that Nazim said that there was a rebellion in Rumelia. Esat starts the rebellion in Albania and says they asked Hunkar to declare constitutionalism. Hunkar says they will declare constitutionalism, but it is too early for this. It turns out that Mahmud met with Hunkar in Payitaht. Mahmud asks Abdulhamid for some time to learn the names of the masons and suppress the revolts against the state.

When Mahmud goes to Paris, he writes the names of all the masons in a letter and asks Sabahaddin to learn the names of the traitors who worked to start the rebellion. Hunkar thinks about the bad events in the previous parliament and says that there should be no one working against the state in the new parliament. Meanwhile, Ismail Hakki comes and starts to pray with Hunkar. Sabahaddin accepts his father’s request. Hunkar then prepares to go talk to engineers working for the Hejaz railway. Mahmud asks Kani to take the letter he prepared to the Ottoman ambassador to Paris. Manyasizade returns to Payitaht after a long break and meets Talat. As Hunkar is about to set off, he learns that someone has assassinated Nazim and that he has been seriously injured. Hunkar summons Semsi to the palace and sets out. Kani gives Mahmud’s list to the ambassador.

Manyasizade tells about the Young Turks in Paris that he started working in newspapers and what he did. Talat realizes that Hunkar wants constitutionalism, but the current situation is not suitable for it. Mary meets with the nurse at the palace and talks to her about Aliye. Mary says she has completed her book and wants to see Aliye before she leaves Payitaht. Hunkar visits the engineers and thanks them for what they’ve done. Engineers inform Abdulhamid about the railway and explain what they will do in the future. Sabahaddin meets Frida and tries to learn the necessary names from her. Hunkar asks Semsi to learn about the rebellion. Karasu wants to pay Mahmud’s debt to the hotel, but Kani does not allow him. Abdulhamid says that after Semsi’s research, he will make the necessary decision about Rumelia and constitutionalism. Tahsin conveys the letter sent by Mahmud to Hunkar. Hunkar says that the names on this list will be cleared and begins to wait for new information from Mahmud.

Sabahaddin tells his father the names he found. Mahmud gets very sick and tells Sabahaddin that he should not deal with these things anymore. Selim learns what happened to Nazim and wants to go to Thessaloniki immediately, but Necip stops him. Semsi meets some people and tells them Hunkar’s ideas. The people at the meeting say that the Ottomans will lose Rumelia because of the decisions taken in Reval and that only the constitutional monarchy can stop this situation. Semsi recalls the events in the previous parliament and says that Hunkar will make a decision soon. Abdulhamid visits Aliye and gives her his brother’s cardigan. Those who came to the meeting say that constitutionalism should be declared no matter what, but Semsi says that this issue should not be rushed. Aliye opens her eyes after a long time but says she doesn’t remember anything about the accident day. Hunkar talks about the agricultural innovations he will make in Konya and explains the resources he has allocated for this project.

Semsi later visits Nazim. Nazim tells Semsi what he will do before the assassination and sets out to go to Payitaht. Talat and Manyasizade think about Hunkar’s constitutional decision. Hunkar evaluates the information sent by Semsi and says that opening a new assembly is still too risky. The Grand Vizier agrees with a company for the new waterway to be built in Konya. Mahmud tries to write the new names brought by Sabahaddin into a letter. Mary comes to the palace and asks how is Aliye. Hunkar talks to Mary and says he knows everything about her and her father. Some treacherous soldiers learn where Semsi is going and make a plan to stop him. Semsi takes his soldiers with him and sets out to go where Nazim told him. Kani gives the list prepared by Mahmud to the Ottoman ambassador of Paris. Before Mary leaves Payitaht, she visits Zuhal and tells her that Aliye has woken up.

Semsi and the soldiers go to the address the Colonel told and arrest the traitors there. Semsi finds the documents of the traitors and takes action to send them to the palace immediately. Hunkar invites Mary to dinner that night. Tahsin tells Hunkar about the new names sent by Mahmud. While reading the documents, Semsi realizes that the ink on the paper has started to disappear. Semsi tries to memorize the information on the paper quickly. Meanwhile, one of the traitors stops Semsi’s car and shoots him many times. Semsi dies at the crime scene. Zuhal poisons the nurse who takes care of Aliye and goes to her room. When Zuhal is about to give Aliye a deadly medicine, Aliye remembers everything. Meanwhile, Mary rushes into the room and tries to stop Zuhal. The Grand Vizier tells Hunkar that Semsi was killed. Abdulhamid says he will reopen the parliament to stop the rebellion in Rumelia. Selim learns that Semsi is dead and wants to go to Rumelia, but Necip stops him. Abdulhamid signs the order for the reopening of the parliament and then tells Tahsin that he has been dismissed.

Others who are searching for watching Payitaht Abdulhamid Episode 154 English Subtitles free of cost, they need not worry as we have brought the solution. You may watch Payitaht Abdulhamid Episode 154 English Subtitles here, but there will be some ads too. Keep visiting historicales.com for all the updates regarding the TV series and Historical knowledge. Please click below button.