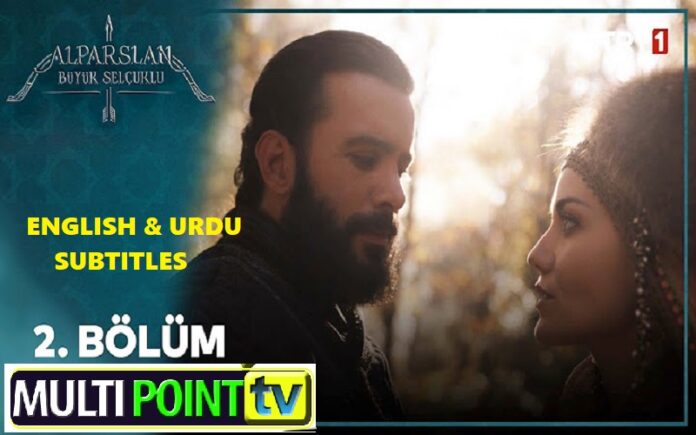 In Great Seljuks Alp Arslan Episode 2, Sultan Tughrul comes to the palace and tells everyone that he will announce his heir soon. Meanwhile, Turks celebrate Nowruz. Caghri watches the celebrations closely. Alparslan wins the game he played with Suleiman. At the end of the meeting, when Tughrul was about to announce his heir, Ghazali came and said that the Byzantine soldiers were attacking the Turks. Yannis brings the captured Turks to the castle and executes them all before the Lord. Tughrul is very angry at this news and says he will attack the Byzantine Empire to take revenge. The Sultan invites Erbaskan, Suleiman, and Hassan to the palace to join the war. Emir Bozan comes to the tribe to join the celebrations and says that Suleiman will soon be declared heir. Lord learns that the Emperor has sent two people to find out about the situation in the region. The Lord remains calm in the face of this situation as he trusts the intelligence system.

Caghri begins to listen to his daughter and learns that the Ghaznavid Sultan’s illness is getting worse. Meanwhile, the messenger sent by the Sultan comes to the tribe and tells everyone that there will be a war soon. Sultan wants to put Alparslan at the head of the army, but after listening to his vizier, he changes his decision. After reading Sultan’s message, Caghri asks everyone to prepare for war. Alparslan is upset that he cannot go to war, but he does not reveal it to anyone. Alparslan then goes to the forest and talks to Akinay. Akinay asks Alparslan to be calm and says that whatever dream he had years ago will come true. Alparslan says he will avenge the Byzantine soldier who killed his mother years ago and continues to wait patiently. Lord learns that Tughrul is preparing for a major attack.

To stop this attack, the Lord sends a message to his secret ally in the east, thus trying to buy time. Before Hassan goes to war, he talks to his pregnant wife and tries to calm her down. Evdokya repeatedly prays to God to control all Byzantine lands. While Lord starts to worry about the General’s arrival, Evdokya comes and says they can blame Dukas if something bad happens. A short time later, the General and Diogenes arrive at the castle. While Suleiman and the soldiers are on their way to the palace, a group of bandits attacks them. Turkish soldiers are in a difficult situation, but Alparslan comes to help them. Erbaskan is injured in this attack, but Alparslan immediately takes him to the palace. The Sultan sees his nephews coming to the palace and gets information about the trap from them. Alparslan gives Caghri’s message to the Sultan.

Alparslan then goes to the dungeon and begins to question the man they caught, but cannot learn anything from him. Alparslan examines the arrow used by the attackers. Suleiman and Emir say that Byzantine soldiers made this attack. Alparslan goes to talk to Sultan and says that the arrow used by the attackers belongs to the Ghaznavids. Tughrul is very surprised by this situation and asks Alparslan to investigate this event. The General says that the Emperor does not want to have a problem with the Turks and warns the Lord about this. While Alparslan is returning to the tribe, his horse escapes. While looking for his horse, Alparslan sees a woman in a well and tries to save her. Meanwhile, the Byzantine soldiers attack again, but after Alparslan saves the woman, he defeats them. Akinay talks to a merchant and gets confidential documents from him. Meanwhile, Alparslan comes to the tribe with the unconscious woman.

Doctors start helping Akca. Alparslan begins to wait for his horse’s wound to heal. Alparslan talks to his father and tells him about the ambush once again. Sultan starts to eat with his nephews but gets angry because of Emir’s words. Akca talks to Akinay and borrows one of her clothes. Akca then tries to heal Alparslan’s horse and talks to him. Alparslan says that Akca can stay in the tribe as long as she wants and thanks her for healing his horse. Lord asks Yannis to capture the Turks wandering around Pasinler and bring them to the castle. Alparslan goes to Bust to talk to his sister and asks Bozan for information about the attackers. Suleiman wanders around Pasinler and wants to find a shortcut to the mountain. Hassan warns him, but despite this, they go to the mountain together. While Alparslan is eating at the inn, a few people attack them, but the Turks kill them.

The prince stops the Turks wandering around the mountain and attacks them. Suleiman and the soldiers try to defend themselves, but Yannis kills Hassan. After what happened at the inn, Alparslan goes to talk to Bozan again. Bozan says one of his men is a traitor and executes him. Suleiman returns to the tribe with the dead bodies of Hassan and other soldiers. Tughrul learns of Yannis’ attack and Hassan’s death. While Lord is listening to Yannis about what happened in the attack, the General arrives and tells him that the Sultan’s nephew is dead. Dukas says that this event can create a big problem. The Sultan says that he has declared a war against the Byzantine Empire and sends a message to the Lord about it. Emir once again asks the Sultan to forgive Ibrahim and put him back at the head of the army.

Alparslan says that he will avenge the murdered Turks no matter what happens after the funeral. Lord reads the message sent by Sultan and says that they are ready for any kind of attack. The general says that the Byzantine soldiers in Georgia should come to their aid and that the war will take place in Pasinler. Everyone in the tribe begins to prepare for this great battle. Lord goes to a secret place and talks to Bozan there. Emir goes to the prison and says that Ibrahim will take over the army again. Ibrahim says he will seize the throne soon. The two armies prepare for war in a short time and go to Pasinler. Alparslan goes to the front of the Turkish army and tells everyone who he is. Alparslan then says that he wants to fight one on one with one of the Byzantine soldiers and starts to wait. Akca secretly goes to Caghri’s tent and kills him. Vaspurakan Lord starts to fight with Alparslan.

Great Seljuks Alp Arslan Episode 2 will on air on 15th November 2021. If you feel irritated because of the ad breaks and some other issues, then ads-free permanent access for watching Great Seljuks Alp Arslan Episode 2 English subtitles can be achieved by subscribing membership at multipointtv.com by Clicking below blue colored button. you can also download the episode to watch on Big screen TV in 1080 resolution.