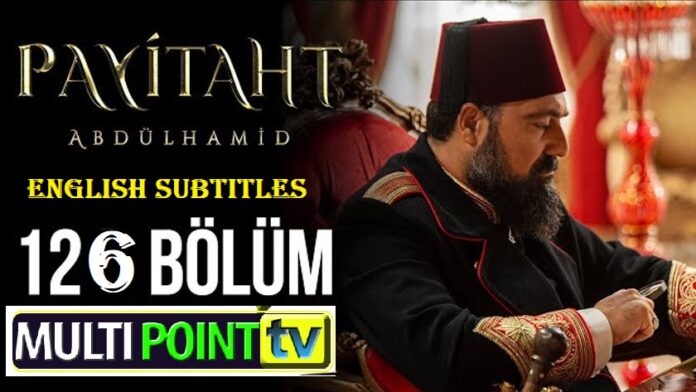 In Payitaht Abdulhamid Episode 126, Abdulhamid takes back some of his old belongings and learns what the new government has done. Abdulhamid sees someone who had previously committed a bank robbery coming to the mansion as a soldier and says that one should be careful about this. We go back to the time before the exile and Abdulhamid’s illness reappears. Tahsin Pasha says that Hunkar has worked hard lately and is sick because of his sadness. Zuluflu’s wounds are treated by a doctor found by Manyas. Karasu and Isaac try to find out who the mason Pasha is. Despite having a broken arm, Nadir continues the boxing match and wins the match. Sultan Abdulhamid sees Ahmed Pasha in his dream and tells him that he will be punished for betraying the state. Shehzade Abdulkhadir, Bidar, and Naime are very worried about the health of Hunkar. Bidar Sultan continues to blame Fatma for what happened to Abdulhamid.

In Payitaht Abdulhamid Episode 126, Meanwhile, Fatma becomes increasingly uncomfortable with Aliye’s actions and asks her questions. While Aliye says bad things about Abdulhamid, Fatma says that he is sick. Abdulhamid continues to talk to Ahmed Pasha in his dream. Ahmed says he regrets what he did, but could not ask Hunkar for forgiveness. Abdulhamid sends Ahmed to the gallows, and when Ahmed puts the rope around his neck, he leaves the room. Abdulhamid wakes up from his dream and tells Tahsin Pasha to arrest Ahmed as soon as possible. The doctors say that Hunkar needs rest and asks permission to give him sedatives. Ahmed asks Selim what happened at the Masonic meeting, but Selim says they could not find anyone there, and Hunkar was sick. Tahsin sends the soldiers to arrest Ahmed and urgently calls the grand vizier. The Grand Vizier comes immediately and gets information about Hunkar’s situation. The Grand Vizier says that he must learn all the secrets so that he can manage the state better. Tahsin tells everything to the grand vizier.

In Payitaht Abdulhamid Episode 126, The Grand Vizier orders Ahmed and Ismail to be captured after learning new information. Esref Aziz says that after the break of Nadir’s arm, he will be in the next boxing match. The Armenians plot about Esref’s upcoming boxing match and ask Niko to kill him. The soldiers tell the grand vizier that Ahmed escaped from the palace. While Abdulkhadir says that he is worried about his mother’s thoughts, Fatma comes and says that Bidar is wrong. The next morning, Hunkar wakes up and says that he should make an ablution. Bidar tries to calm Abdulhamid and tells him to rest. Doctors say they should give Hunkar a sedative again. Ismail’s wound heals and he wants to inform Hunkar. Manyas tells him not to go out, but Ismail says everything is Abdulhamid’s plan. Ahmed goes to a quiet place and says that his loyalty is over.

In Payitaht Abdulhamid Episode 126, Bidar does not leave for a moment with Abdulhamid and thinks about him. Ahmed sends a telegram to Paris to join the Young Turks and says that Abdulhamid should no longer be a Sultan. The Young Turks answer Ahmed and tell him what they want from him. Ahmed says he will never betray Hunkar and the state, but he will do what is necessary for his country. The Grand Vizier goes to Esad and says that he will make him the leader of the intelligence agency. Esref Aziz prepares for the boxing match and talks to journalists with Niko. The Grand Vizier calls the Pashas in the palace and tells them about Esad’s new mission. The Grand Vizier issues an order for the arrest and exile of Ismail. Ahmed meets Manyas and says he wants to go to Paris. Manyas tells Ahmed that he is innocent and asks why he wants to work with Riza. Abdulhamid sees Ahmed again in his dream and talks to him about betrayal. Manyas calls a Pasha and tells him that Ahmed is now an opponent. Manyas learns what to do and immediately takes action.

In Payitaht Abdulhamid Episode 126, Karasu talks about what Abdulhamid did in Thessaloniki and tells Hechler that they should delay the factory sale. Hechler says they will take over workers’ societies. Meanwhile, the order paper issued by the grand vizier about Ismail comes. Karasu sees that instead of Abdulhamid, the grand vizier has made the decision to exile and realizes that Hunkar is not in a position to give orders. Hechler thinks Abdulhamid is on his deathbed and immediately begins to spread this news. Manyas tells that Abdulhamid is sick, and a doctor is on his way to examine him. Manyas says that this doctor who goes to the palace will kill Hunkar. Ismail says he will eliminate this assassin and gets a gun from Manyas. Karasu tells Isaac about their conversation with Hechler, and they make a plan together. Isaac goes to the palace and talks to the grand vizier about the factory sale. The Grand Vizier says that Thessaloniki should no longer have a curfew.

In Payitaht Abdulhamid Episode 126, Abdulhamid went to the balcony of the palace and greeted his people, even if it was difficult. On the way back to his room, Abdulhamid cannot stand any longer and falls to the ground. Ismail shoots the doctor who will examine Hunkar in the port. The soldiers tell Tahsin that the doctor was shot and brings the doctor’s assistant to the palace. The doctor’s assistant says that he can prepare the medicine that will cure Abdulhamid. Bidar says that the doctors in the palace must decide on this matter. Manyas calls a Pasha again, but this time Ismail listens to his speech. Manyas says that the deputy of the deceased doctor will give Abdulhamid a poisonous injection. The doctors of the palace allowed Abdulhamid to be treated by the young man who came to the palace. Ismail secretly finds the phone Manyas is using and makes a call. Ismail says he will find the person who phoned and reveal all the facts.

In Payitaht Abdulhamid Episode 126, Before the boxing match, Niko takes performance enhancing medication. Asaf wants to play a boxing match instead of Esref, but Esref won’t let him. Esref and Niko start to fight. Ismail comes to the palace garden using the secret tunnels under the palace, but a soldier catches him. Grand Vizier learns that Ismail was captured and orders him to be exiled immediately. Manyas meets with Ahmed and tells him that he will regain all his dignity. Manyas says that the young doctor in the palace will poison Hunkar. Niko almost knocked out Esref. The young doctor at the palace adds poison to the medicine he secretly prepared. Esref Aziz sees his son and gets up again. Esref beats Saint Niko and wins the match. One of the soldiers said that Tahsin received an urgent letter, but Tahsin said that Hunkar’s situation was more urgent. When Tahsin learns that the letter was from Ahmed, he immediately reads that letter. Tahsin learns that Abdulhamid will be poisoned and tries to stop the doctors.

Without ads, permanent access to Payitaht Abdulhamid Episode 126 and many more can be achieved by subscribing membership on Multipoint TV by Clicking below button.