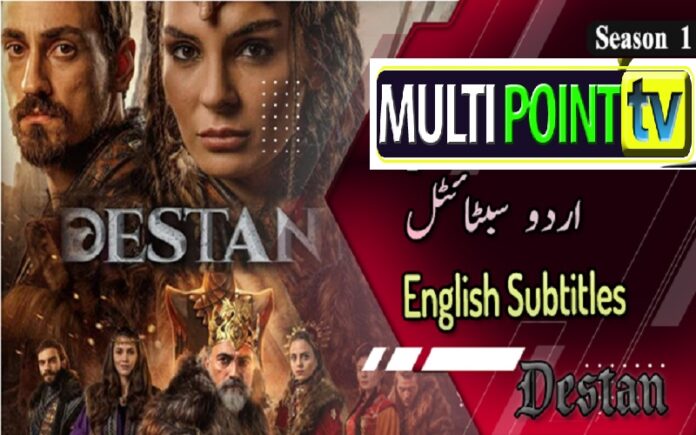 In Destan Episode 2, Akkiz goes to the edge of a river in her dream and sees her father there. Her father gives her a blue arrow and asks her to use it. Akkiz shoots this arrow into the heart of an eagle statue and soon wakes up. Fifteen years ago, while Alpagu was advancing with his soldiers, the Chinese army attacked him. Balamir finds the map in the hand of one of the dead soldiers and begins to read what is written on it. Balamir gives this map to Khan. Khan realizes that this attack was planned by some traitors and immediately sets out for the palace. Alpagu asks where Tilsim is and starts looking for her. Meanwhile, Tilsim goes to a place with her son to escape to her father. Alpagu catches her as she is about to flee and kills her for being a traitor.

Batuga watches his mother die and gets angry at his father. The next day Alpagu goes to the Dag Khanate with his son and says that he has come to kill the traitors. When Khan and Colpan see Tilsim’s lifeless body, they begin to cry. Akkiz gives Batuga one of the wooden swords her father made to cheer him up. Tilsim’s father attacks Alpagu but fails. Alpagu kills Khan first and then Akkiz’s father there. Alpagu says he killed these people for their treason and asks Colpan to leave these lands as soon as possible. Alpagu then goes to a lakeside with his son and tells him not to be upset because his mother is a traitor. Batuga vows never to speak to his father again until he dies. The Dag tribe hold a funeral for the dead.

After the ceremony, Kun says that all Turks will unite after a while thanks to the two headed wolf. Colpan says she will avenge her family and kill Alpagu no matter what. Later, the Dag tribe migrates to find a new home. Alpagu returns to his palace and orders all Dag tribesmen to be killed in the palace. Ece says that she has said before that Tilsim is a traitor. Temur says he understands his brother’s pain. A short time later, Balamir arrives and tells that all Dag tribesmen in the palace have been killed. Saltuk says that Batuga is Khan’s son and therefore should not be killed, but Danis objects to him. After listening to everyone, Alpagu calls the executioner to his room. Danis takes Batuga to Khan’s room.

Alpagu gives the bow to the executioner. The executioner takes the bow’s string to Batuga’s neck. Batuga begins to cry and soon faints. Alpagu then cancels the execution. Fifteen years later, Akkiz says she still hasn’t forgotten Batuga and will find him somehow. Akkiz then returns to her tribe and starts talking to her friends. Akkiz visits Colpan and tells her it’s time to take revenge. Meanwhile, Gok soldiers arrive. Akkiz leaves the tribe and sees a Muslim boy by a river. While Akkiz is talking to this boy, some soldiers come and say that they are looking for the two headed wolf. Akkiz then puts on her mask and attacks these soldiers. One of the surviving soldiers returns to the palace and tells Alpagu that the two headed wolf has attacked.

Alpagu asks his son Temur to catch this looter as soon as possible. Akkiz climbs a tree near the palace and begins to watch it. Saltuk comes to the palace and tells that Balamir let his daughter get married. Alpagu says that Batuga will marry Balamir’s daughter and orders the preparations to begin. Temur’s wife says everything is going well and Temur can be Khan. The next morning, Temur says he sent soldiers to find the looter. Ece says it is not right for Balamir’s daughter to marry Batuga. Ece says that Batuga lost his mind years ago. Alpagu says that this marriage is only to protect the future of the state so Balamir will never be able to rebel. Some soldiers leave the palace early with the captives and gold to be gifted. Akkiz sees these soldiers and immediately makes an attack plan.

Alpagu and his family set out to go to Balamir’s palace. Akkiz convinces her friends to attack and begins to wait. Akkiz kills all but one of the soldiers guarding the car. Akkiz then releases the ten captive women in the car and opens the chest. Akkiz says that the captives are free now and gives them the gold in the chest. Sirma looks at the fabrics they have seized and says that thanks to them, she can marry now. After a while, Alpagu and his soldiers arrive at the attack site. Temur sends the soldiers to look for the two headed wolf and tells his father that he must go to a safe place. At Kaya’s request, the soldiers set up a tent by the lake for Alpagu to rest. Akkiz watches the Gok soldiers from afar and waits for the right time to attack.

Ece says that this attack happened because they did not make a vow to God and asks Alpagu to pray soon. Alpagu sees his son Batuga is alone by the lake and goes to talk to him. Akkiz sees that Batuga is still alive and is very happy. Alpagu says he can only tell Batuga what’s on his mind and that he is important no matter what for him. Alpagu asks Batuga to speak once more and even begs him, but he still does not speak. Akkiz says that Alpagu is far away and that’s why she will start a fire. Ece begins to pray to God and asks permission for this marriage. Akkiz silently enters the lake and tries to approach Alpagu’s tent. When Ece finished praying, Akkiz sent flaming arrows to the tents and burned them. While the soldiers are trying to put out the fire, Akkiz shoots Alpagu with arrows. Before Akkiz escapes from the camp, Batuga sees her from afar and recognizes her.